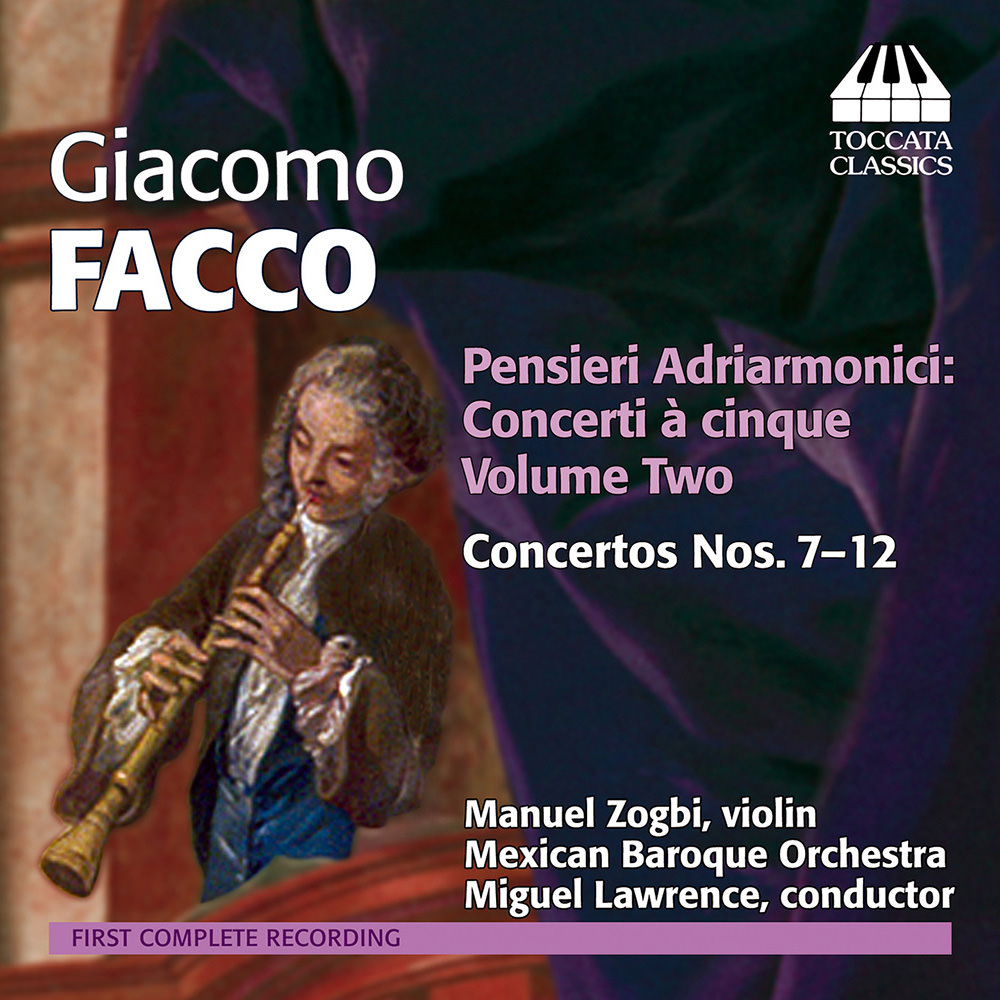 "... his music should appeal to any modern listener with a fondness for the Italian Baroque concerto ... the continuo section includes both the guitarrón and the vihuela, both of them instruments of Mexican origin, alongside the harpsichord and the cello … certainly it works in these performances, an attractive Mexican musical flavouring being added to an Italian original. The result is both distinctive and eminently listenable."
- MusicWeb International

Composer Giacomo Facco was active in southern Italy as a violinist, choirmaster and teacher before his appointment to the Spanish royal court in the early 18th century. Although highly esteemed in his own time, he had disappeared from musical history until a set of his 12 Pensieri Adriarmonici, concertos for three violins, viola, cello and basso continuo, were discovered in a Mexican library in 1962. Bright and buoyant, the pieces have much in common with the music of Vivaldi, Albinoni and Facco's other Venetian contemporaries, but are given a distinct twist by the Mexican Baroque Orchestra with a basso continuo of vihuela and guitarrón, as they might have been performed in 18th century Mexico.
44.1 kHz / 24-bit PCM – Toccata Classics Studio Masters