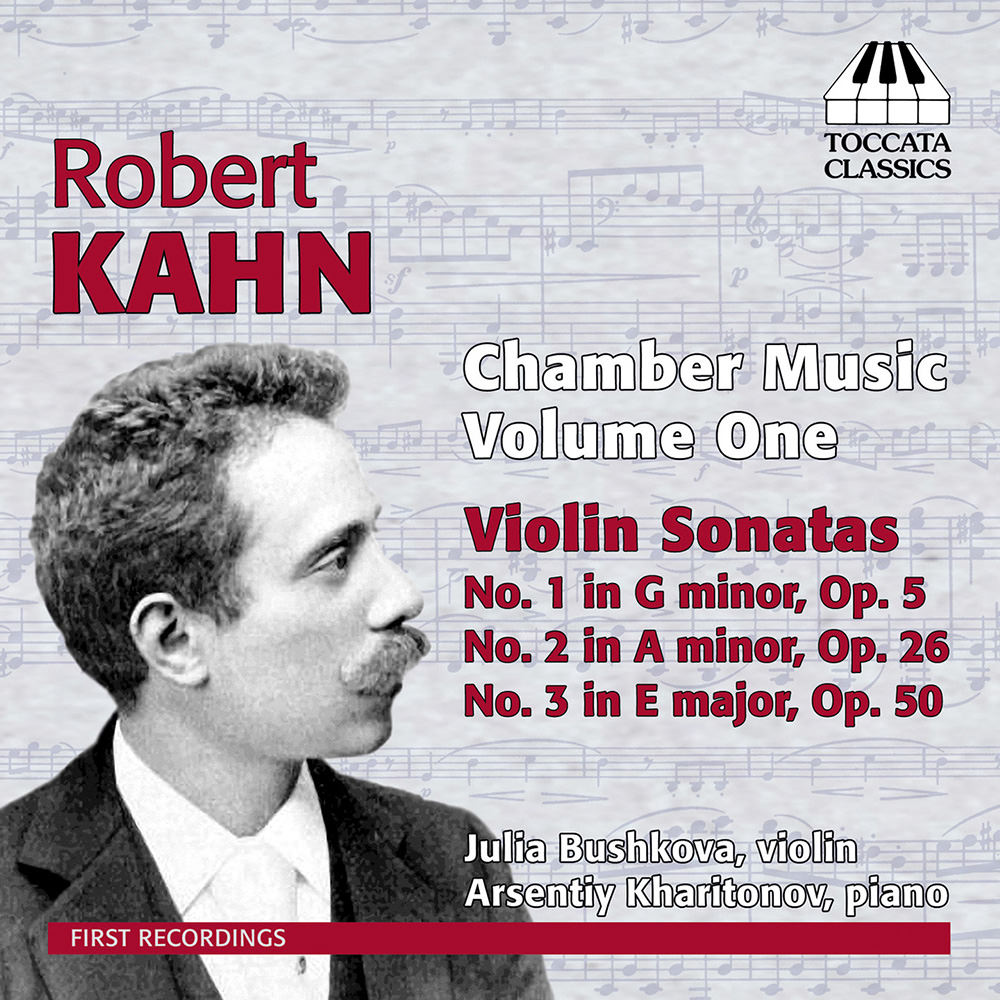 "... once again Toccata Classics has come up with a winner in Robert Kahn ... if the first two don’t hook you straightaway, then the tremendous Third Sonata should finally reel you in, now, perhaps, an emerging Kahn aficionado. The playing and recording are absolutely first-rate."
- MusicWeb International

"The composer could not ask for two more ideal advocates than Julia Bushkova and Arsentiy Kharitonov ... Kharitonov’s sumptuous tone, technical mastery, broad dramatic range and elegant phrasing places him in the top ranks of keyboard players today ... trumping some of the more prominent musical gymnasts of the day, there is genuine poetry here, the ring of truth and, it seems to me, a rare sincerity issuing from a deep place in the pianist’s heart ... (Julia Bushkova displays) the same graceful phrasing and meticulous musicianship ... the sound engineering lends a sonorous presence and warmth to this important musical production. One also feels compelled to thank whoever is responsible for the wonderful piano used at the sessions."
- Fanfare