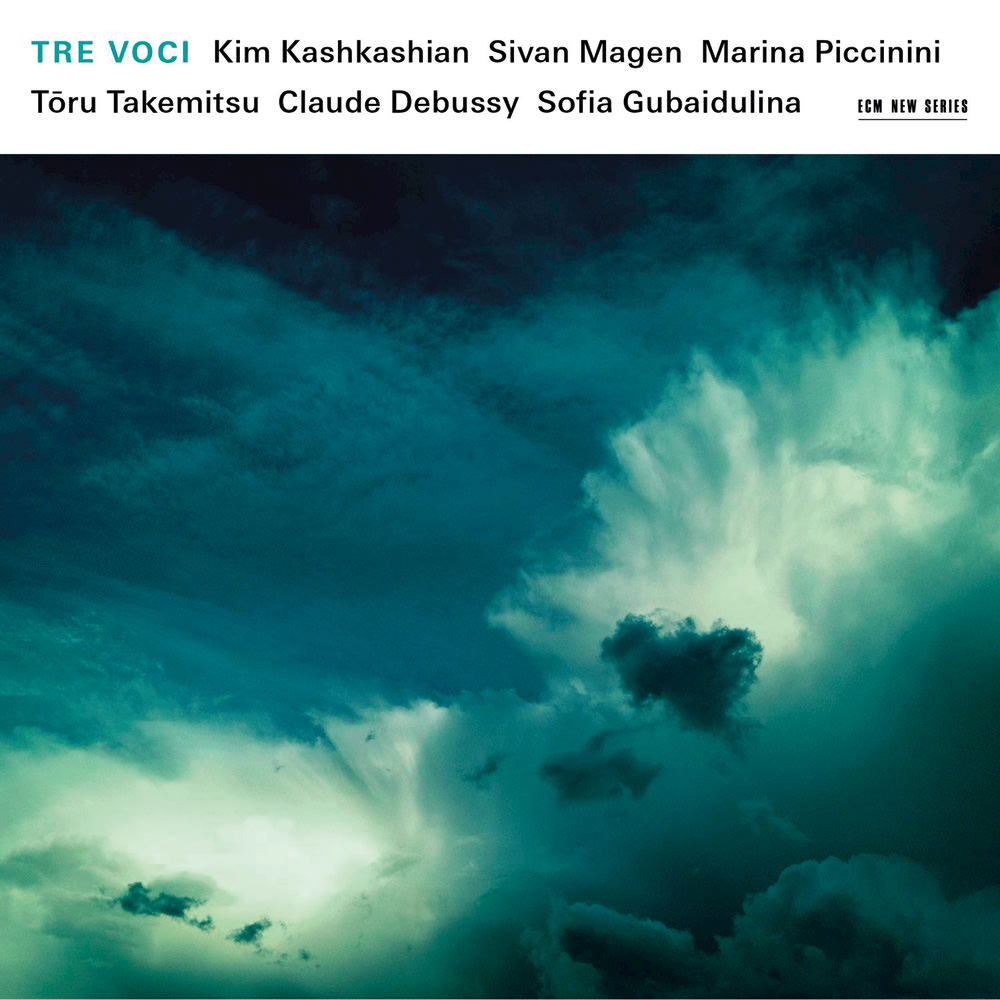 "Four Stars ... a very esoteric and somewhat transcendental-sounding collection of three works by a new talented ensemble ... this very interesting first release certainly makes me curious about what lies ahead ... I enjoyed these three and I certainly enjoy the performances. I think to most listeners, the Debussy will, of course, seem the most accessible ... I look forward to more recordings from Tre Voci and the always splendid ECM studios."
- Audiophile Audition

Grammy-winning violist Kim Kashkashian introduces her new trio on Tre Voci, comprising Italian-American flutist Marina Piccinini and Israeli harpist Sivan Magen; all three musicians have been acknowledged for bringing new voices to their instruments. Kashkashian, Piccinini and Magen first played together at the 2010 Marlboro Music Festival and agreed that their potential was too great to limit it to a single season. Since then they have been developing their repertoire, which on this album revolves around Debussy’s Sonata for Flute, Viola and Harp and its influence, most directly felt in Takemitsu’s shimmering And Then I Knew 't Was Wind and indeed in the music of Sofia Gubaidulina.
96 kHz / 24-bit PCM – ECM New Series Studio Masters