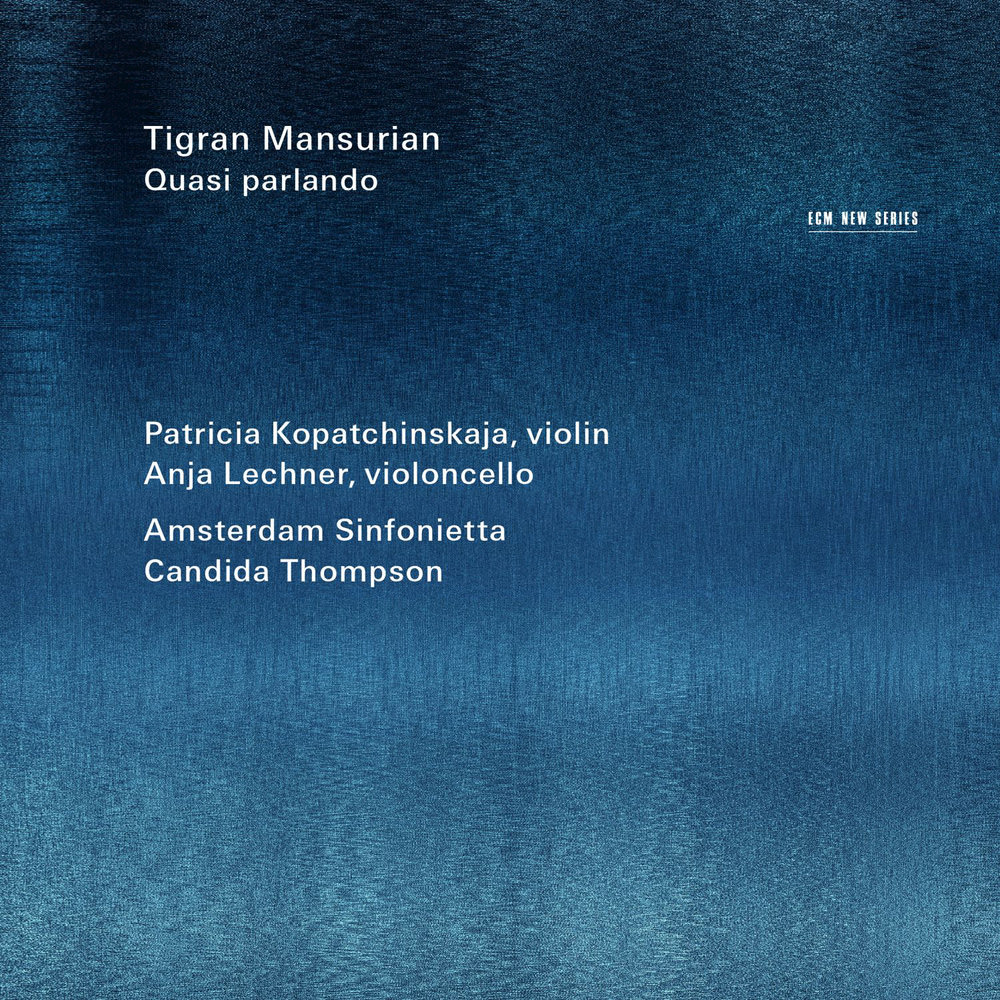 Available in 96 kHz / 24-bit AIFF, FLAC high resolution audio formats
"... spellbinding ... both soloists luxuriously capture the composer's fluctuating twilight luminosity." - Los Angeles Times "Lechner and Kopatchinskaja's virtuosity shines ... Lechner's strings reverberate wistfully while Kopatchinskaja's mellifluous violin glides in hypnotic patterns ... serves as an overview of the composer's uniformly superb career." - All About Jazz "The emotional acuity of Patricia Kopatchinskaja’s playing is further demonstrated ... the spacious yet never remote sound (is) up to ECM’s customary standards. Those intent on exploring the music of this arresting figure could well start here." - Gramophone Released to celebrate the great Armenian composer Tigran Mansurian’s 75th birthday in 2014, this ECM New Series album opens with the fiercely-concentrated Double Concerto and proceeds to more recent music performed by its dedicatees: the lyrical Romance is dedicated to Moldovan violinist Patricia Kopatchinskaja while the intensely expressive title work is dedicated to German cellist Anja Lechner. Both are premiere recordings, as is the Concerto No. 2, again showcasing Kopatchinskaja, which concludes the programme. Throughout, the soloists and the Amsterdam Sinfonietta, led by Candida Thompson, deliver committed, highly praised performances.
96 kHz / 24-bit PCM – ECM New Series Studio Masters