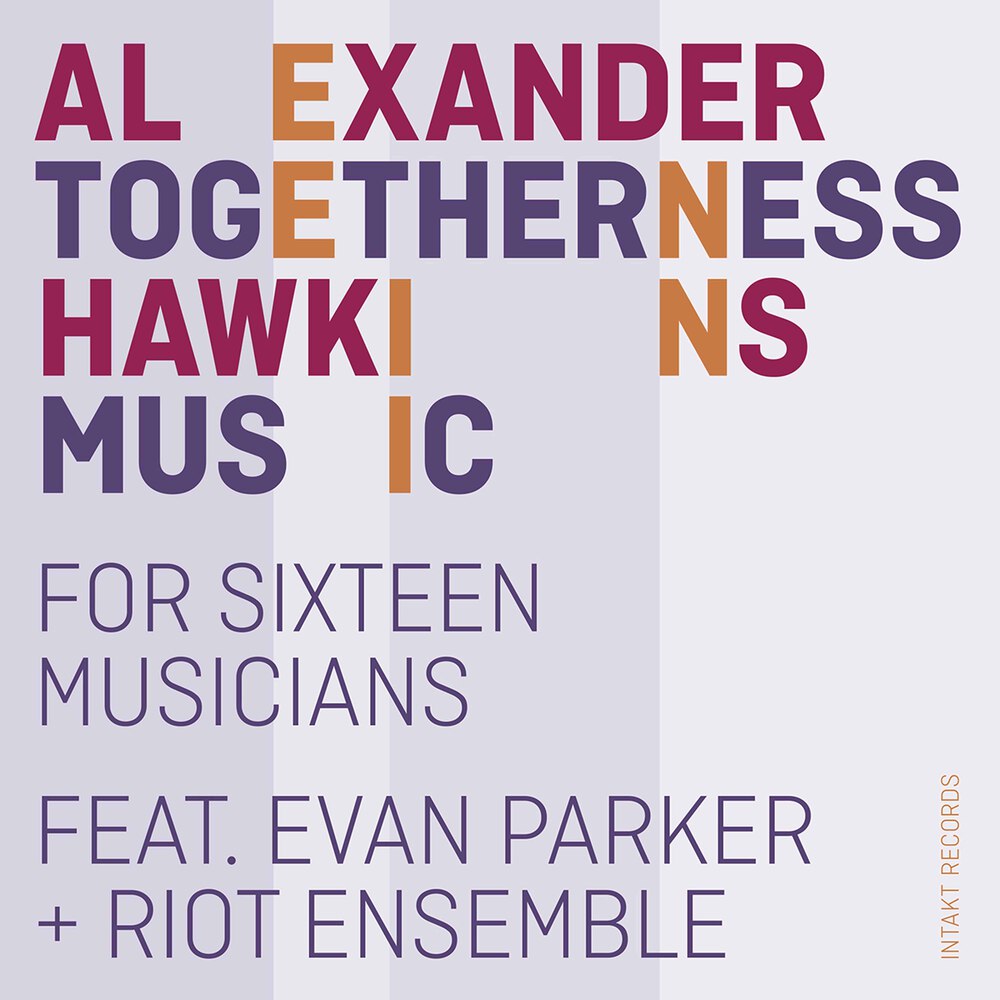 With Togetherness Music, British pianist and composer Alexander Hawkins presents a fascinating musical panorama, a distillation and synthesis of different traditions and influences, reflecting the broad spectrum of an extraordinary musical spirit. Released to celebrate Hawkins' 40th birthday, this six-movement quasi-orchestral work is an extensive expansion and revision of a piece which originated with a commission from conductor and composer Aaron Holloway-Nahum for the Riot Ensemble, to feature Hawkins and saxophone icon Evan Parker – with whom Hawkins has enjoyed a now more than decade-long musical association – as soloists. The new incarnation of the work features the original forces, augmented by additional acoustic improvisers and the electronic wizardry of Matthew Wright.

Whilst the Riot Ensemble are primarily renowned for their performances of notated contemporary classical music, and Parker is one of the seminal figures in free improvisation and the post-Coltrane jazz continuum, roles shift fluidly throughout this work, creating an entirely distinctive soundworld.

"Collaborations among improvisers and classical musicians can be fraught – a clash of cultures," writes musician James Fei in the comprehensive liner notes. "When it works, however, something unique and in-between becomes possible." Indeed: Togetherness Music shows new musical possibilities. A highly contemporary musical work, which points to the future.
96 kHz / 24-bit PCM – Intakt Records Studio Masters