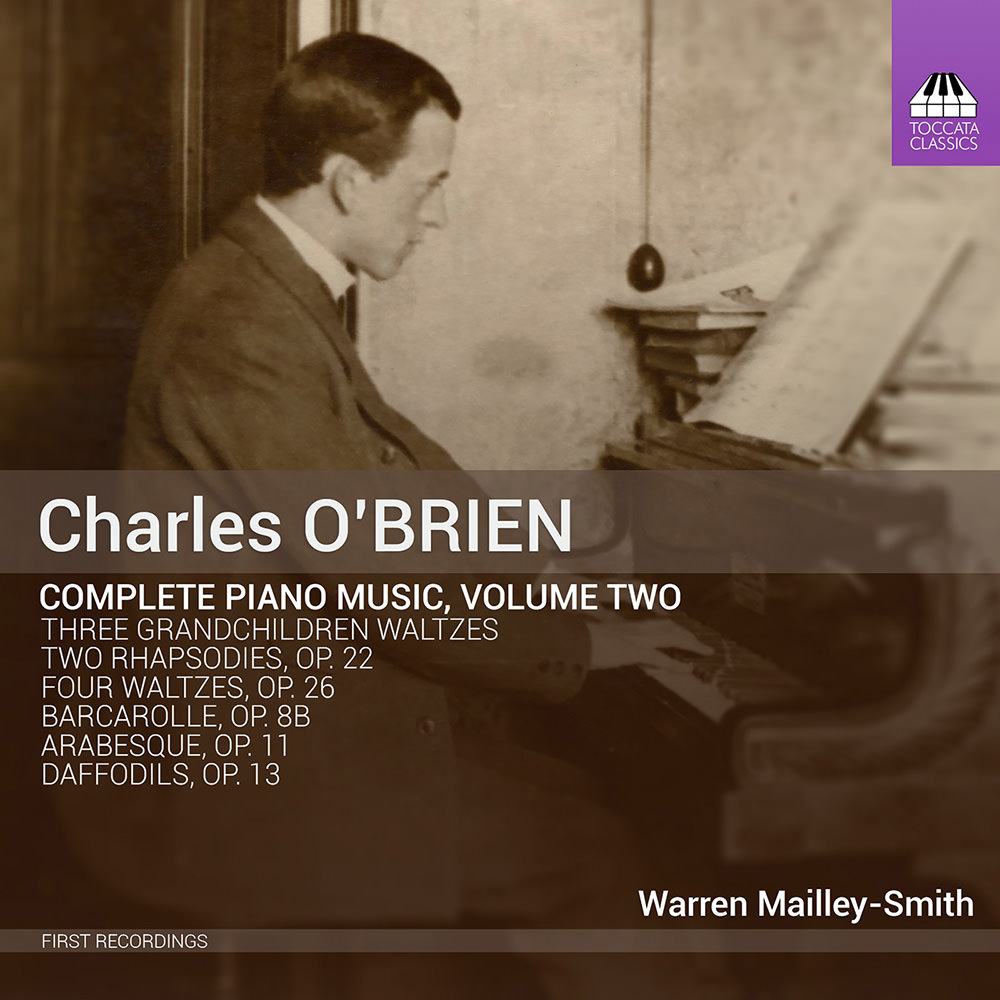 Warren Mailley-Smith presents this second volume dedicated to the piano music of Charles O’Brien, a mainstay of 20th century musical life in Edinburgh. His attractive, lyrical muse has long been forgotten even there, let alone anywhere else. This installment in the series reveals a composer whose lively music reflects his Scottish heritage, mixing Brahmsian grand gestures with Schumannesque intimacy.
44.1 kHz / 24-bit PCM – Toccata Classics Studio Masters