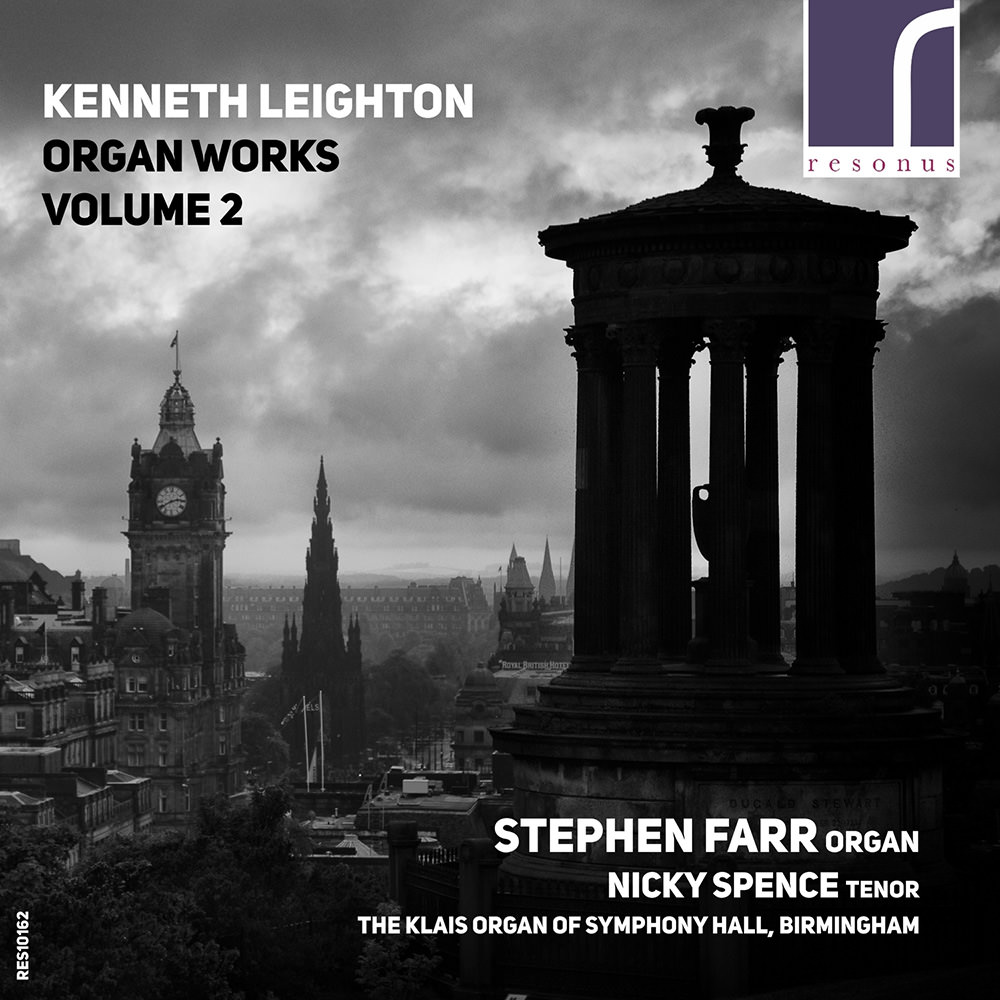 Available in 96 kHz / 24-bit AIFF, FLAC high resolution audio formats
Following extensive critical praise for his first volume, celebrated organist Stephen Farr presents the second installment in his survey of the complete organ works of British composer Kenneth Leighton. Farr is joined by tenor Nicky Spence on the world premiere of These are Thy Wonders, a sensitive and expressive setting of The Flower by George Herbert. Also included on the programme are Leighton's earliest solo pieces for the instrument along with Veni Creator Spiritus, Leighton's last composition for the organ, written in 1987, a year before his death. Farr records on the substantial and impressive Klais organ of Birmingham's Symphony Hall.
96 kHz / 24-bit PCM – Resonus Classics Studio Masters