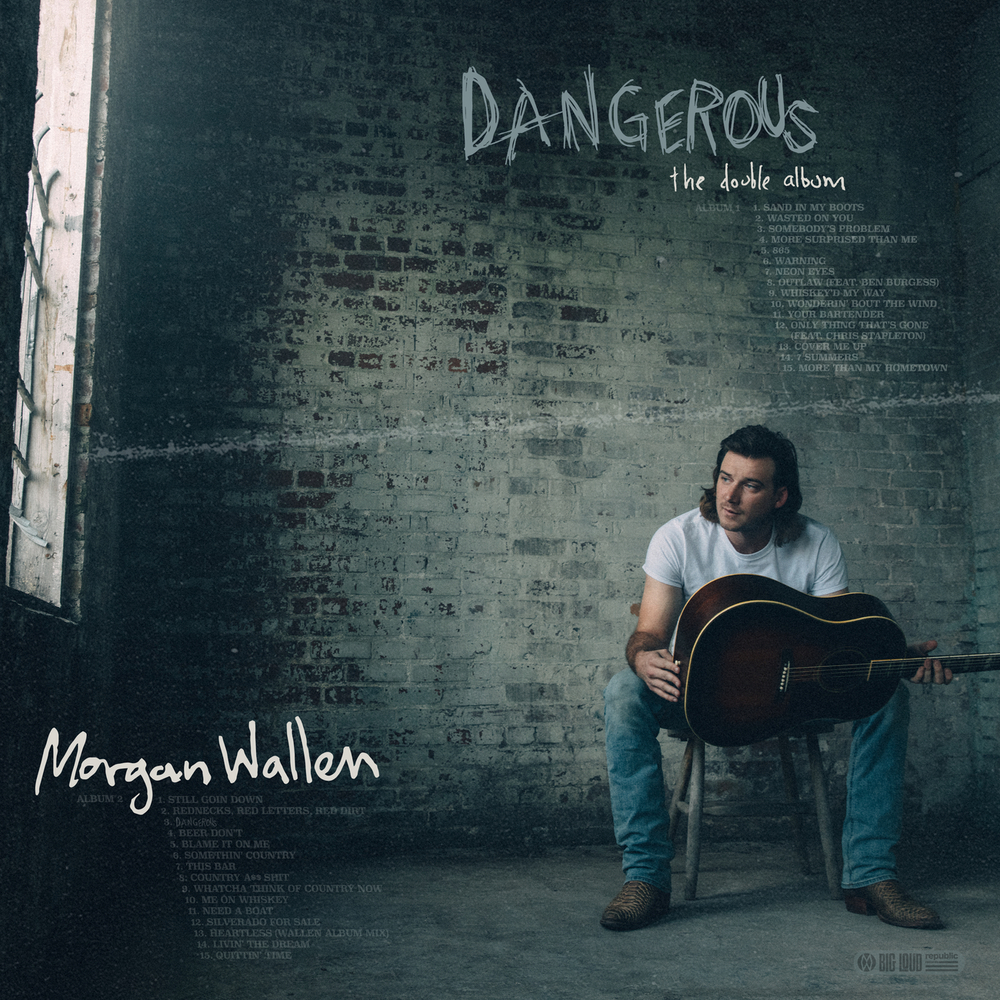 Available in 44.1 kHz / 24-bit AIFF, FLAC audio formats
"With Dangerous, Wallen communicates that he knows what everyone’s saying and makes a good go at keeping them all happy, landing, in the process, on a flexible sound that blends pop, rock, country, and more with panache, a sound that, with ample opportunities to fail, is often engaging and never anything less than fun. Given a second chance to prove what he’s made of, Morgan Wallen uses Dangerous to show it all off at once." - Vulture Dangerous: The Double Album is the second studio album by American country music singer Morgan Wallen. The album includes two singles—"More Than My Hometown" and "7 Summers"—as well as a country version of "Heartless", a previous collaboration with Diplo. "The 'double album' idea started off as just a joke between me and my manager because we had accumulated so many songs over the past couple of years .Then quarantine hit, and we realized it might actually be possible to have enough time to make it happen. I also ended up writing quite a few more songs during the quarantine with some of my good buddies. I also wanted the songs to speak to multiple phases of life and have multiple different sounds based on my influences and based on what I enjoy." - Morgan Wallen
44.1 kHz / 24-bit PCM – Big Loud / Republic Studio Masters