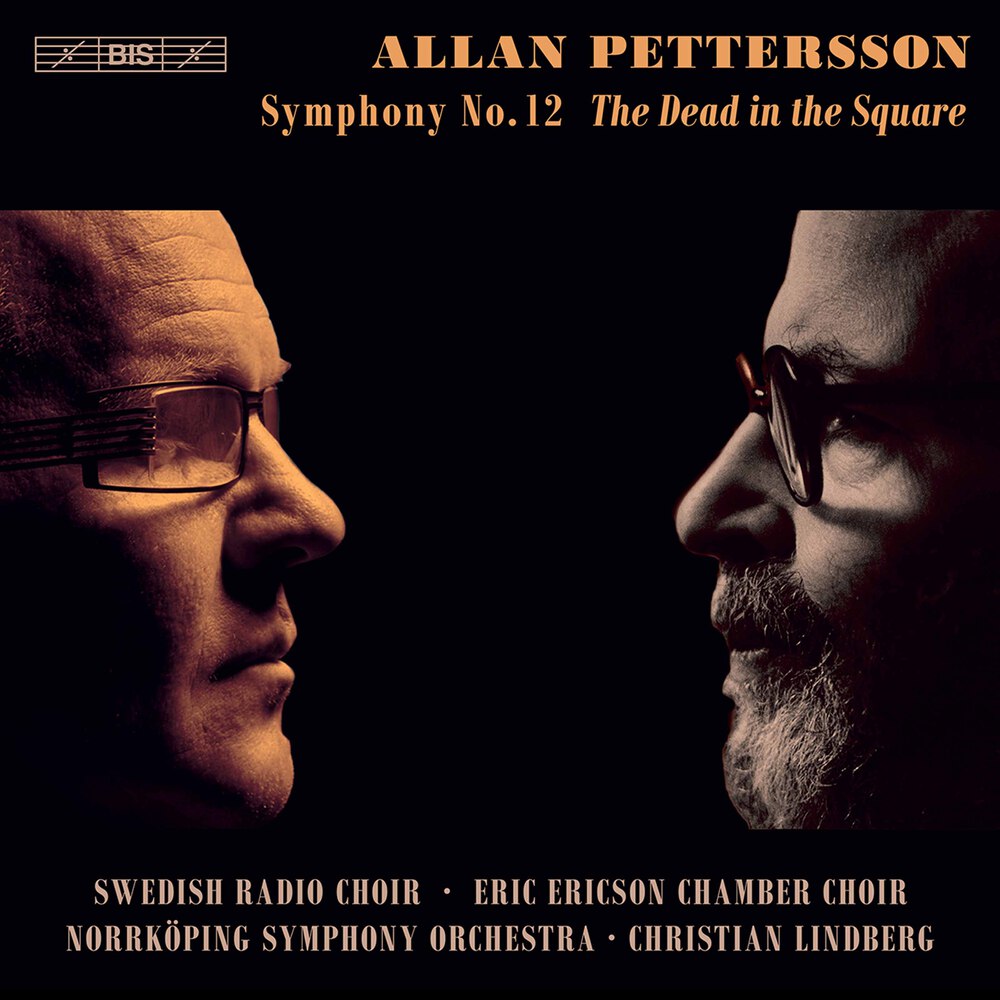 Pettersson: Symphony No. 12 "The Dead in the Square"

Available in 96 kHz / 24-bit AIFF, FLAC high resolution audio formats
The Twelfth Symphony forms an exception in Allan Pettersson’s output. When he agreed to compose a work for the 500th anniversary of Uppsala University, it was one of the few commissions that he ever accepted. Having written purely orchestral scores for the past 30 years, he decided to incorporate a choir and a text. Pablo Neruda had received the Nobel Prize in 1971, and acknowledging the poet’s ‘deeply felt compassion for the outcasts of society’, Pettersson selected nine poems from the huge collection Canto general for his new work. As Pettersson was composing the symphony, Neruda died during the tumultuous aftermath of the military coup in Chile on 11 September 1973. The poems deal with an incident in Santiago de Chile in 1946 when six demonstrators were killed by the police during a workers’ manifestation. Pettersson, who came from a working-class background, commented on the subject matter: ‘My heart was, and is, with the poor of Chile, so like the worker in the ‘third world’ in which I grew up.’ Typically Pettersson, the symphony is in one movement. The choral parts are highly demanding – the choir sings almost without interruption, and often very forcefully and in difficult registers. The Swedish Radio Choir and Eric Ericson Chamber Choir, two of Sweden’s finest choirs, have combined their forces for this recording and join the Norrköping Symphony Orchestra and Christian Lindberg on the latest installment in the team’s acclaimed Pettersson cycle.
96 kHz / 24-bit PCM – BIS Records Studio Masters