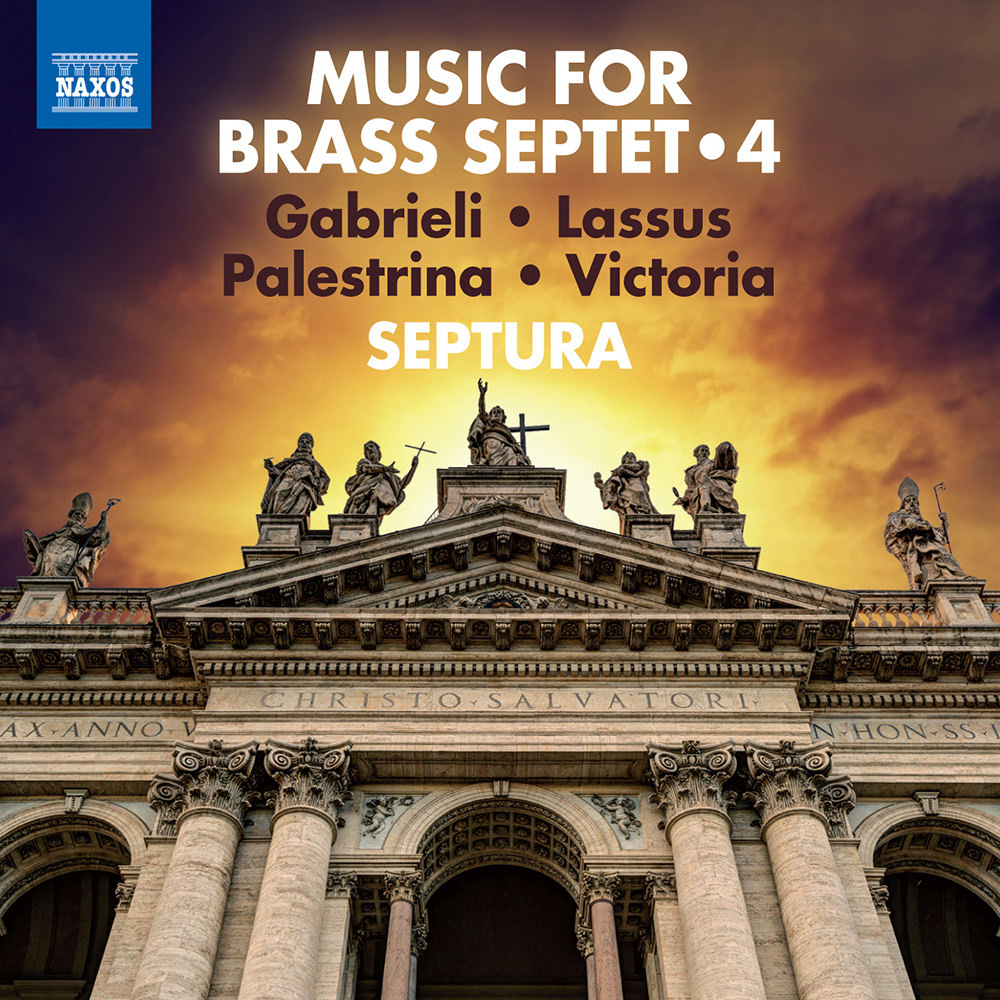 "Five Stars ... there is an overwhelming sense of sincerity present in both the skilfully crafted new arrangements, made by the ensemble’s artistic directors ... and the execution of performance, which is characterized by an approach to sound concept and turn of phrase that is seemingly laced with historical consideration and musical purpose ..."
- Brass Band World

This is the fourth volume in a series from Septura that redefines the brass ensemble as a serious artistic medium by creating a canon for brass septet. No brass series would be complete without Giovanni Gabrieli: his music is the starting point as Septura continues on its counterfactual course, imagining that four titans of the Counter-Reformation had written for brass. The sacred choral works of Gabrieli and his Renaissance master counterparts Victoria, Palestrina and Lassus are a perfect fit for the musical and emotional compass of the brass septet, resulting in a stunning survey of the culminations of the Spanish, Venetian, Roman and Franco-Flemish schools.
96 kHz / 24-bit PCM – Naxos Studio Masters