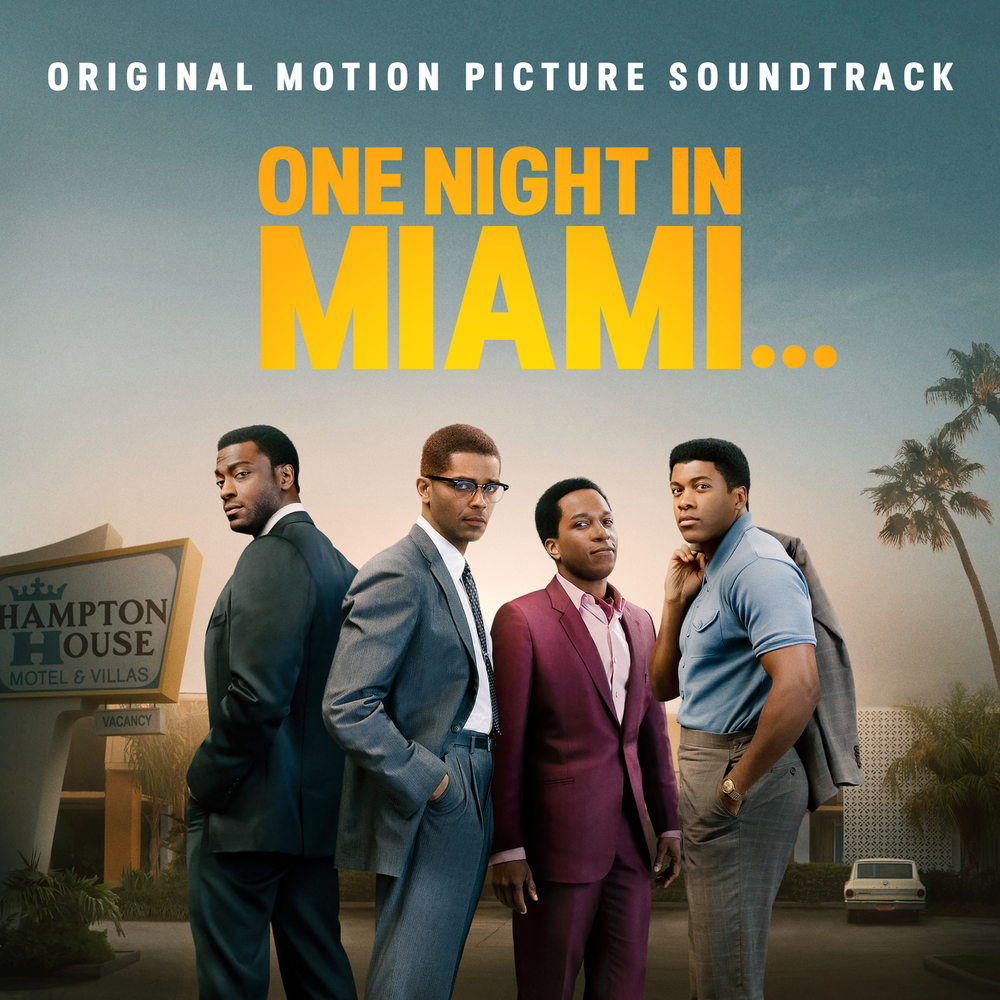 Available in 48 kHz / 24-bit AIFF, FLAC audio formats
ABKCO Records releases the digital edition of One Night In Miami… (Original Motion Picture Soundtrack), the album that accompanies the much-anticipated film directed by Oscar winner Regina King. One Night In Miami… was written for the screen by Kemp Powers, based on his Olivier-nominated 2013 stage play. Set on the night of February 25, 1964, the film follows a young Cassius Clay (shortly before he became Muhammad Ali) as he emerges from the Miami Beach Convention Center as the new World Heavyweight Boxing Champion. Against all odds, he defeated Sonny Liston and shocked the sports world. While crowds of people swarm Miami Beach to celebrate the match, Clay – unable to stay on there because of Jim Crow-era segregation laws – instead spends the night at the Hampton House Motel in one of Miami’s historically black neighborhoods. It was there that he celebrated his win with three of his closest friends: activist Malcolm X, singer Sam Cooke and football star Jim Brown. The next morning, the four men emerge determined to define a new world for themselves and their people. The ensemble cast consist of Kingsley Ben-Adir as Malcolm X, Eli Goree as Cassius Clay, Aldis Hodge as Jim Brown and Leslie Odom Jr. as Sam Cooke. Leslie Odom Jr. performs Sam Cooke’s most celebrated repertoire in the film and on the soundtrack album including “You Send Me,” “Chain Gang,” “Good Times” and “A Change Is Gonna Come.” Apart from his performance of the Sam Cooke material, the soundtrack includes “Speak Now,” a powerful original song co-written and performed by Odom who has long admired Sam Cooke.
48 kHz / 24-bit PCM – ABKCO Music & Records Studio Masters