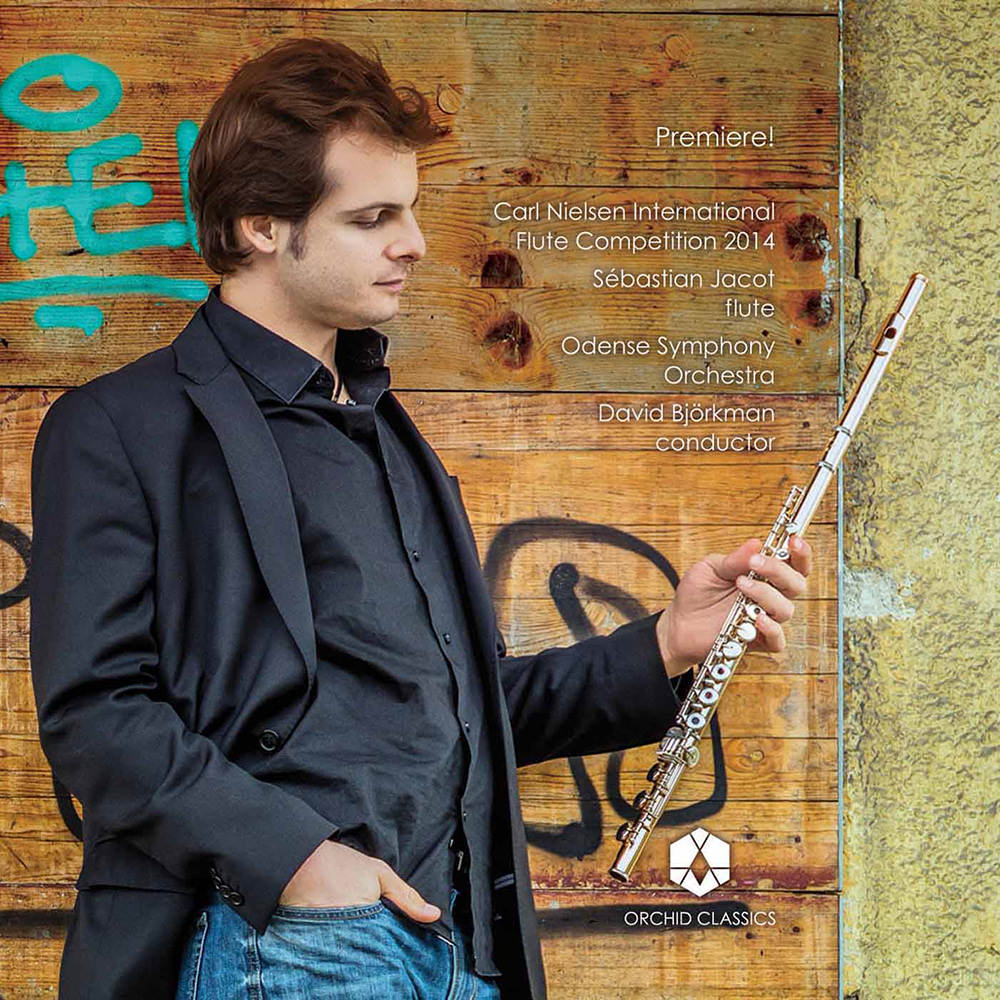 Available in 88.2 kHz / 24-bit AIFF, FLAC high resolution audio formats
Geneva-born flutist Sébastian Jacot presents concertos by Carl Nielsen, Carl Reinecke and Jacques Ibert on his debut album, released in conjunction with Jacot's first prize win in 2014 at the 5th Carl Nielsen International Flute Competition. The Ibert piece in particular is a true tour-de-force that showcases the instrument’s expressive possibilities as the composer intended, making it one of the most beloved and most difficult in the flute repertoire. David Björkman and the Odense Symphony Orchestra accompany the flutist on the three works. "It was a dream for me to record these three amazing concertos and I am very excited to have had the chance to do it with the Odense Symphony Orchestra who did a fantastic job in a very short time with total commitment and great energy ... it was a great pleasure to make and record music with these wonderful people ... I wish you happy listening." - Sébastian Jacot
88.2 kHz / 24-bit PCM – Orchid Classics Studio Masters