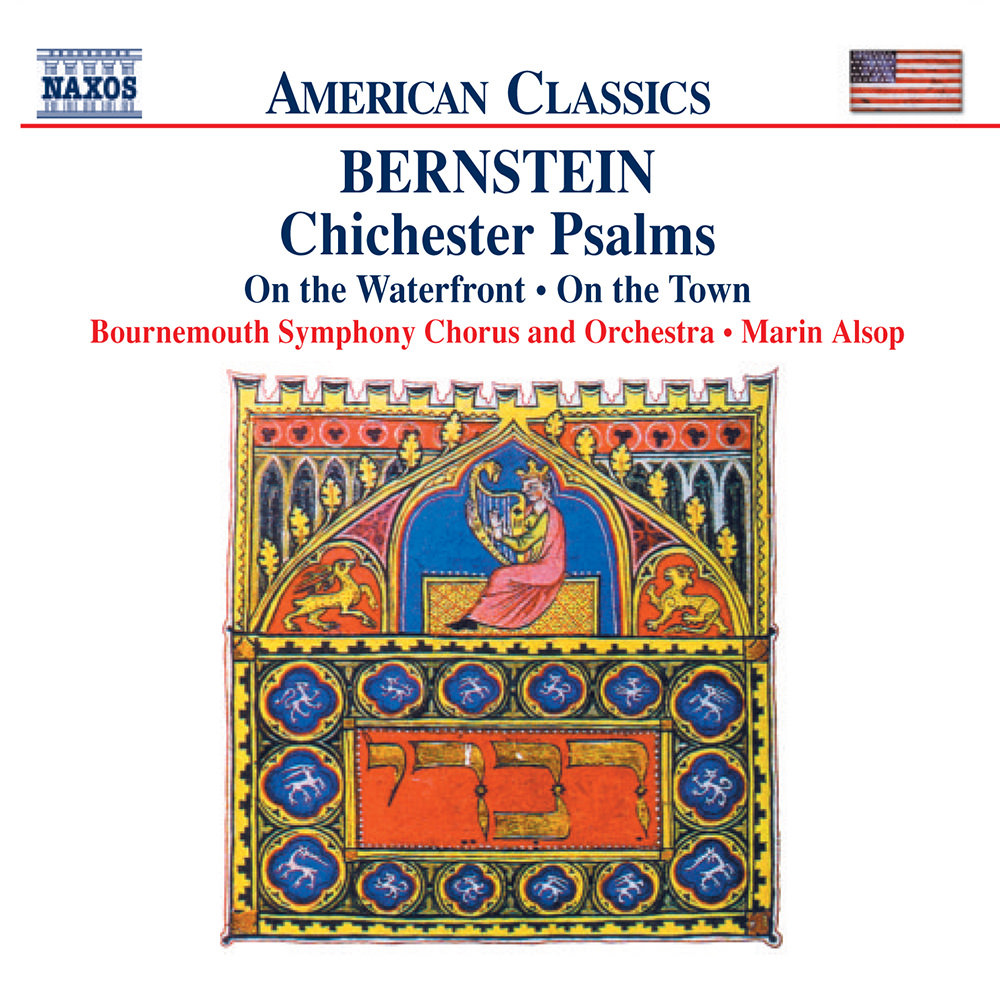 Bernstein: Chichester Psalms - On the Waterfront - On the Town

Available in 192 kHz / 24-bit, 96 kHz / 24-bit AIFF, FLAC high resolution audio formats
"Alsop shows herself to be a worthy Bernstein protegee with her fresh, insightful takes on three of the composer's most widely known works." - The Denver Post Marin Aslop conducts the Bournemouth Symphony in a performance of three works by composer and conductor Leonard Bernstein.The colourful Chichester Psalms is one of Bernstein's most successful and accessible works on religious texts, contrasting spiritual austerity with impulsive rhythms in a contemplation of peace. Bernstein fashioned his Oscar-nominated score to the 1954 movie On the Waterfront into a symphonic suite, skilfully capturing the oppression of the New York dockyards in the ’50s. On the Town is a suite based on the composer's successful foray into musical theatre.
192 kHz / 24-bit, 96 kHz / 24-bit PCM – Naxos Studio Masters