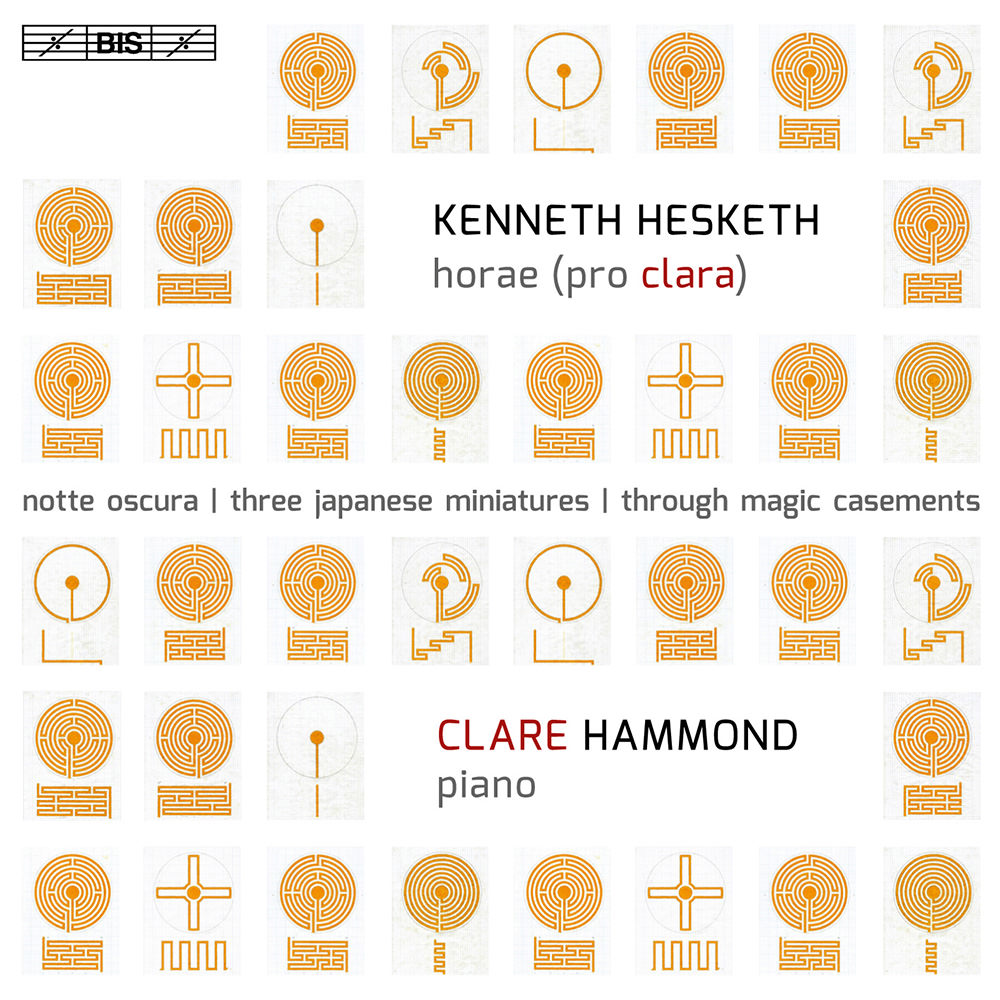 Available in 96 kHz / 24-bit AIFF, FLAC high resolution audio formats
"... one of the most enjoyable recordings to come my way this year ..." - American Record Guide "Hammond displayed the scintillating passagework and poetic calm (of Horae) with great flair." - The Guardian "Recording of the Month ... with BIS’s superlative sound, Clare Hammond’s amazing performances and Kenneth Hesketh’s challenging but rewarding musical language, I am indeed sure this is destined to be one of the contemporary/piano discs of 2016." - MusicWeb International Pianist Clare Hammond presents solo piano music by British composer Kenneth Hesketh, featuring the masterpiece Horae (Pro Clara), a series of miniatures written for Hammond. The album also contains three additional works which illustrate Hesketh's kaleidoscopic approach to colour and the incisiveness of his imagination. The pianist first met the composer in 2010 and have since developed a close artistic collaboration. Hammond says although his music can seem overwhelming at times, rich rewards lie in store. "... it is rare to find a composer whose style has so much affinity with my own way of playing. It has been a real joy to explore Kenneth’s music in such depth and to get to grips with the vitality and vivid drama of his writing for piano." - Clare Hammond
96 kHz / 24-bit PCM – BIS Studio Masters