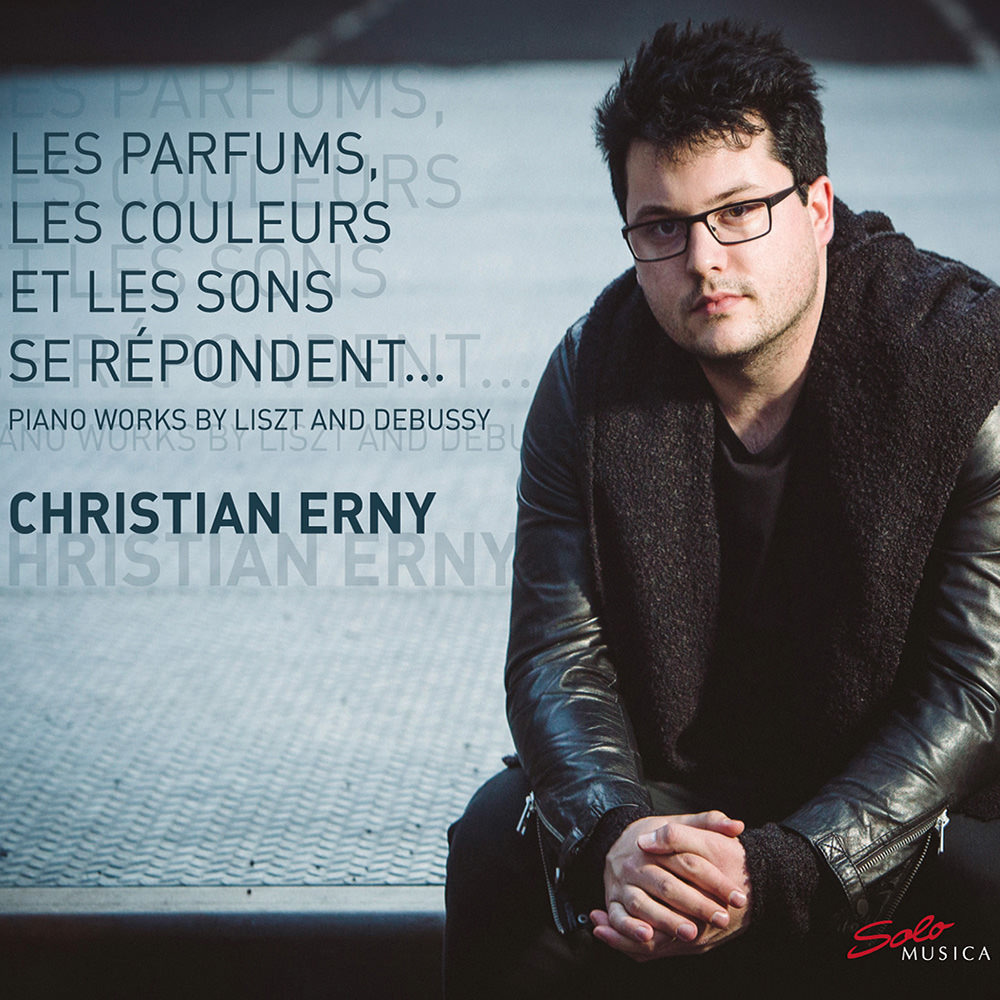 Available in 96 kHz / 24-bit AIFF, FLAC high resolution audio formats
Debussy and Liszt comes together on this debut album from young Swiss musician Christian Erny, an artistic achievement that showcases his personality, talent and intentions. In choosing the repertoire, Debussy's first book of Préludes was obvious, being a work which Erny had spent a great deal of time playing and which awoke in him the urge to express himself. Erny also presents four selections by Liszt, including two late pieces, both of which Debussy admired: Unstern! and the nocturne En rêve.
96 kHz / 24-bit PCM – Solo Musica Studio Masters