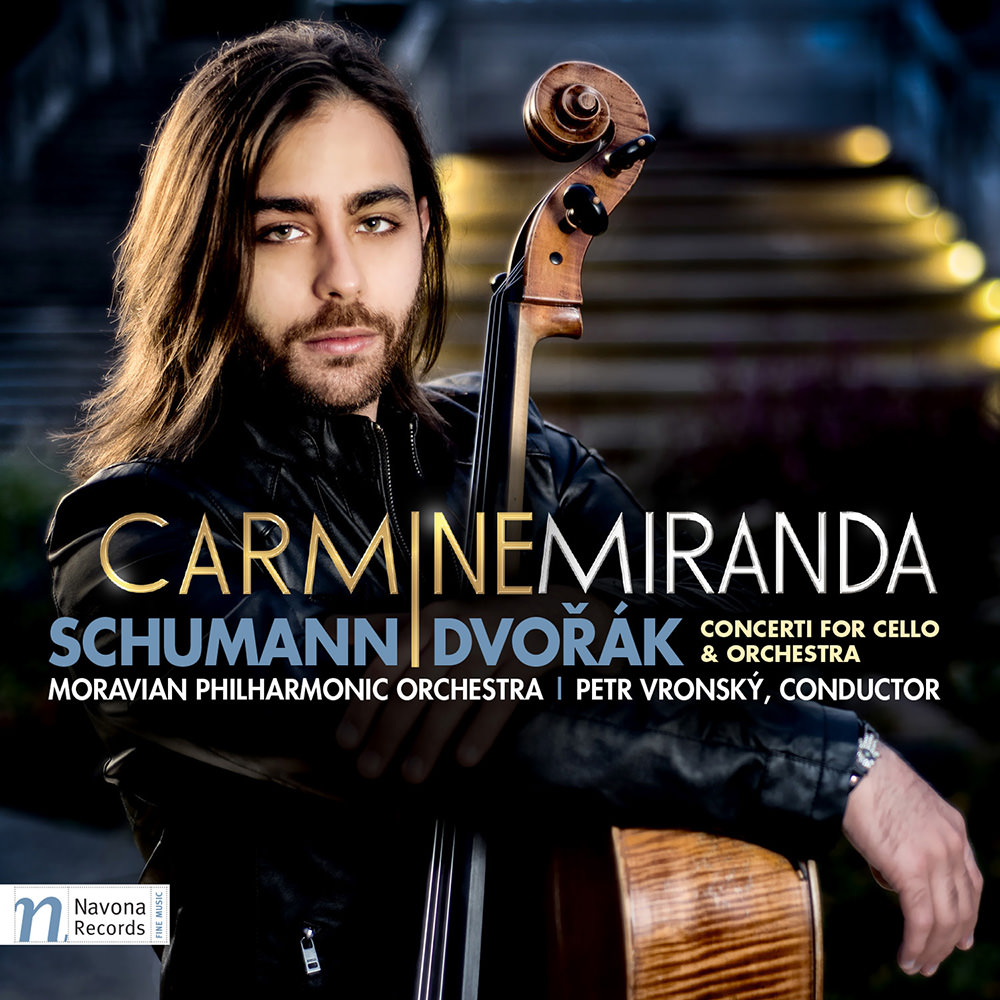 Available in 44.1 kHz / 24-bit AIFF, FLAC audio formats
"... Miranda’s performance of the Schumann Cello Concerto sounds like a love letter: attention is paid to moments of delicacy and tenderness." - Fanfare Renowned Venezuelan-American cellist Carmine Miranda gives these cello concertos by Schumann and Dvořák a distinct twist on this album, setting himself apart from other contemporary interpreters by deliberately following the historical traditions of tempo, dynamics and phrasing. Both works were recorded over two days in June 2015 in the Czech Republic with the Moravian Philharmonic Orchestra under the baton of Petr Vronský. At age 26, Miranda bases his performances of these masterworks on several years of historic research which has led him to discover new secrets in this music.
44.1 kHz / 24-bit PCM – Navona Studio Masters