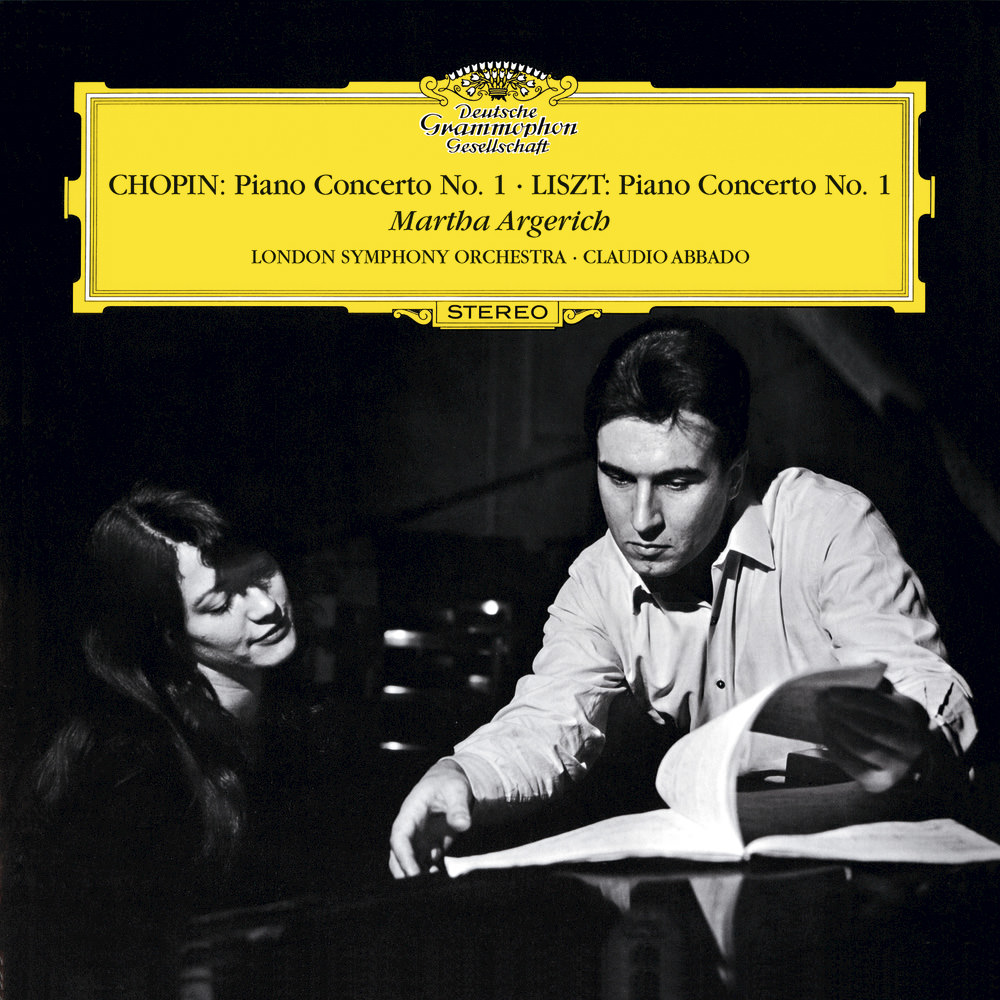 Available in 192 kHz / 24-bit AIFF, FLAC high resolution audio formats
"... (on the Chopin) the lyrical melodies are delivered with striking purity and directness, while the virtuoso flights are thrown off with lightness, clarity and perfect ease ..." - Gramophone "... passionate wizardry of Martha Argerich ... consistently combined virile aggression and poetic tenderness in a delicately balanced alchemy, often with electrifying results ... Abbado's own contribution proves both elastic and potent, with excellent sonic detail ..." - Audiophile Audition "... (the Liszt) has the same traits as the Chopin: magniloquent gestures and broad panoramas mix with torrents of energy. The tempo in the first part constantly changes. The synergy between soloist and conductor is amazing: the orchestra seems to be fit around pianist like a glove. The recording quality of both the Chopin and the Liszt is very satisfactory." - MusicWeb International Originally re-released in a box set and now available individually, this is one of five historic albums of concertos by seven composers from pianist Martha Argerich, conductor Claudio Abbado and various orchestras. Both Argerich and Abbado earned lavish praise for the series which began in 1967 and spans 45 years. These concertos by Chopin and Liszt with the London Symphony Orchestra were both recorded in 1968.
192 kHz / 24-bit PCM – DG Studio Masters