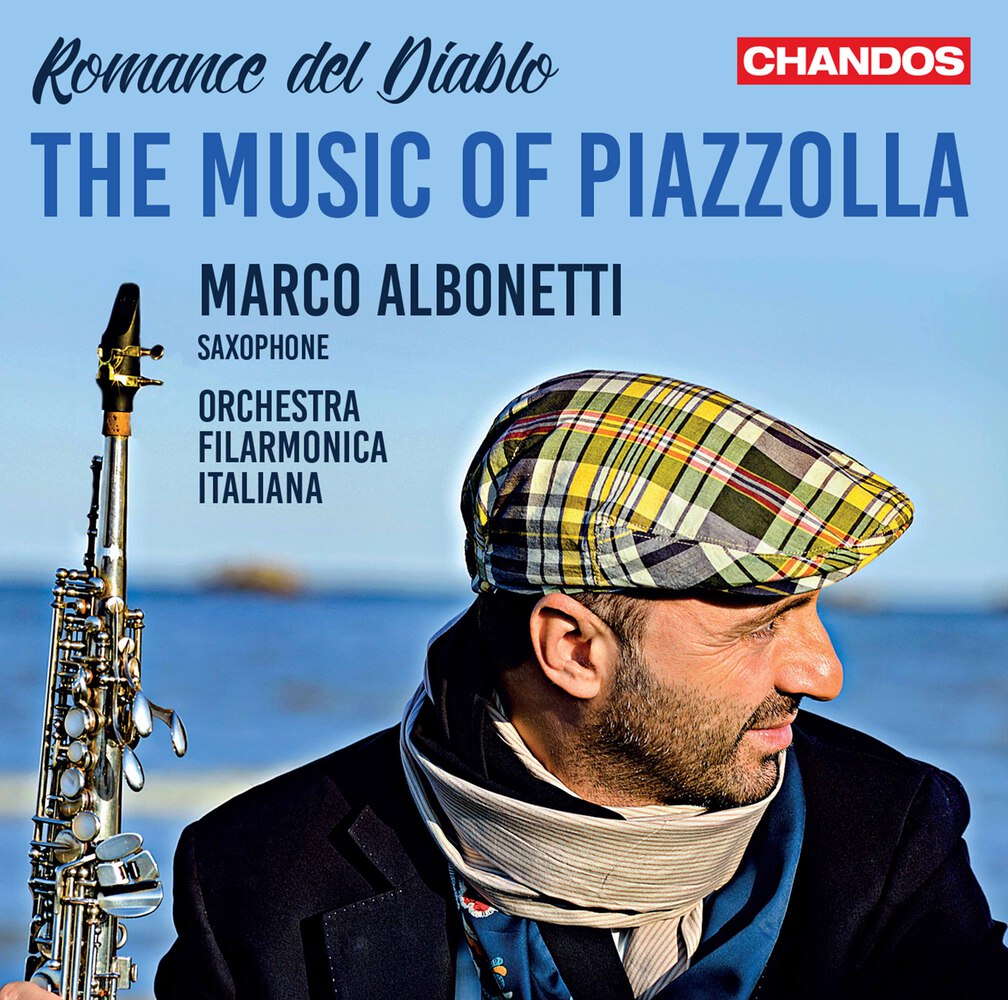 Available in 48 kHz / 24-bit AIFF, FLAC audio formats
Since his highly praised Carnegie Hall début in New York City, the saxophonist Marco Albonetti has been engaged for performances and master-classes around the world. He has appeared at countless Italian theatres and numerous distinguished international venues, and his concert tours have taken him to Armenia, Belgium, Canada, China, Cyprus, Finland, France, Germany, Greece, Hong Kong, Italy, Portugal, South Africa, Spain, Switzerland, Taiwan, Turkey, and the United States. Albonetti first discovered the music of Piazzolla on the day he died – 4th July 1992 – when RAI reported the news and broadcast his music. Albonetti’s fascination for his music has persisted from that day forward. Traveling to Buenos Aires to research his doctoral dissertation, Albonetti had the privilege of examining the composer’s original manuscript scores and interviewing people who had worked closely with Piazzolla: his wife, Laura Escalada, his librettist Horacio Ferrer, and his fellow musicians Pablo Ziegler, Daniel Binelli, José Bragato, and Arturo Schneider. This album features his Albonetti’s own arrangements for Saxophone and Chamber Orchestra, described by Piazzolla’s publisher as ‘A splendid piece of work, impeccably executed, and a demonstration of great respect for the music of Maestro Piazzolla.’
48 kHz / 24-bit PCM – Chandos Studio Masters