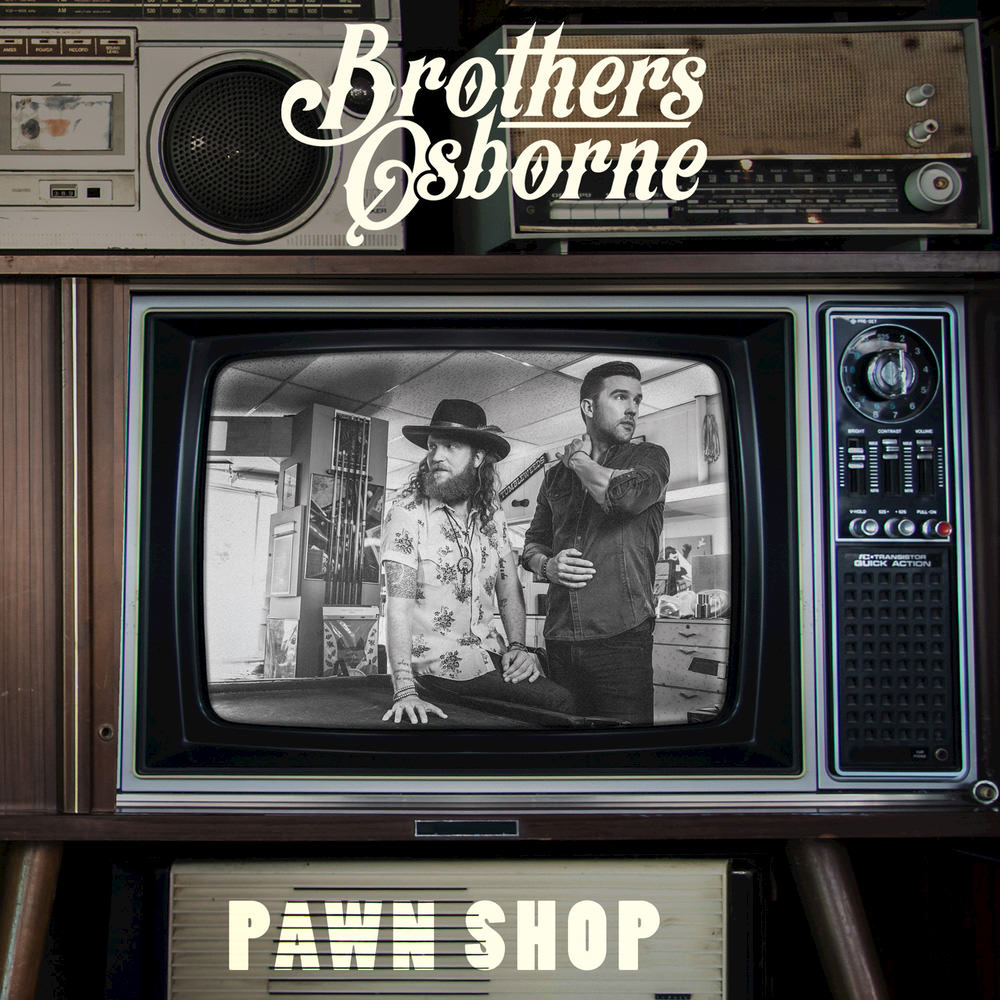 "... lives up to and even exceeds the early buzz ... expertly (captures) TJ’s beguiling baritone and John’s nimble fretwork ... could serve as a guide for how to do commercial country right."
- The Boston Globe

"More than just a novel song topic, Pawn Shop speaks to an experience the Osbornes and numerous other musicians know all too well: having to make the terrible choice between selling an instrument or making rent ... elsewhere, Pawn Shop concerns itself with matters of the heart. Lee Ann Womack stops by to add gorgeous harmonies ..."
- Rolling Stone

"... Brothers Osborne don’t take a sledgehammer to mainstream country ... they just do it better. The lyrical thoughtfulness, the character of the production and the sheer quality of the playing are all exemplary, setting the bar for the genre in 2016 ... full of glistening detail ... they’re simply enriching the genre’s mainstream right now with better songs and fresher sounds."
- SPIN

Hailing from Deale, Maryland, singer TJ and guitarist John Osborne grew up playing everything from traditional country music to rock & roll, creating a broad, full-bodied sound that would eventually fill the 11 songs on this major label debut, Pawn Shop. Like its title suggests, the album offers a little bit of everything: bluesy slide guitar, country duets, southern rock solos, harmonies and plenty of groove. The hooks are big, the guitars are loud and the songs, all co-written by the brothers with award-winning writers like Shane McAnally and Ross Copperman, introduce a duo whose music bridges the gap between mainstream and alternative. Some tunes were written at home in Nashville while others came together on the road, where the two spent several years headlining their own club shows, touring the country with Darius Rucker and playing some of the biggest arenas with Eric Church. Lee Ann Womack appears on vocals on one track.
44.1 kHz / 24-bit PCM – EMI Music Nashville (ERN) Studio Masters