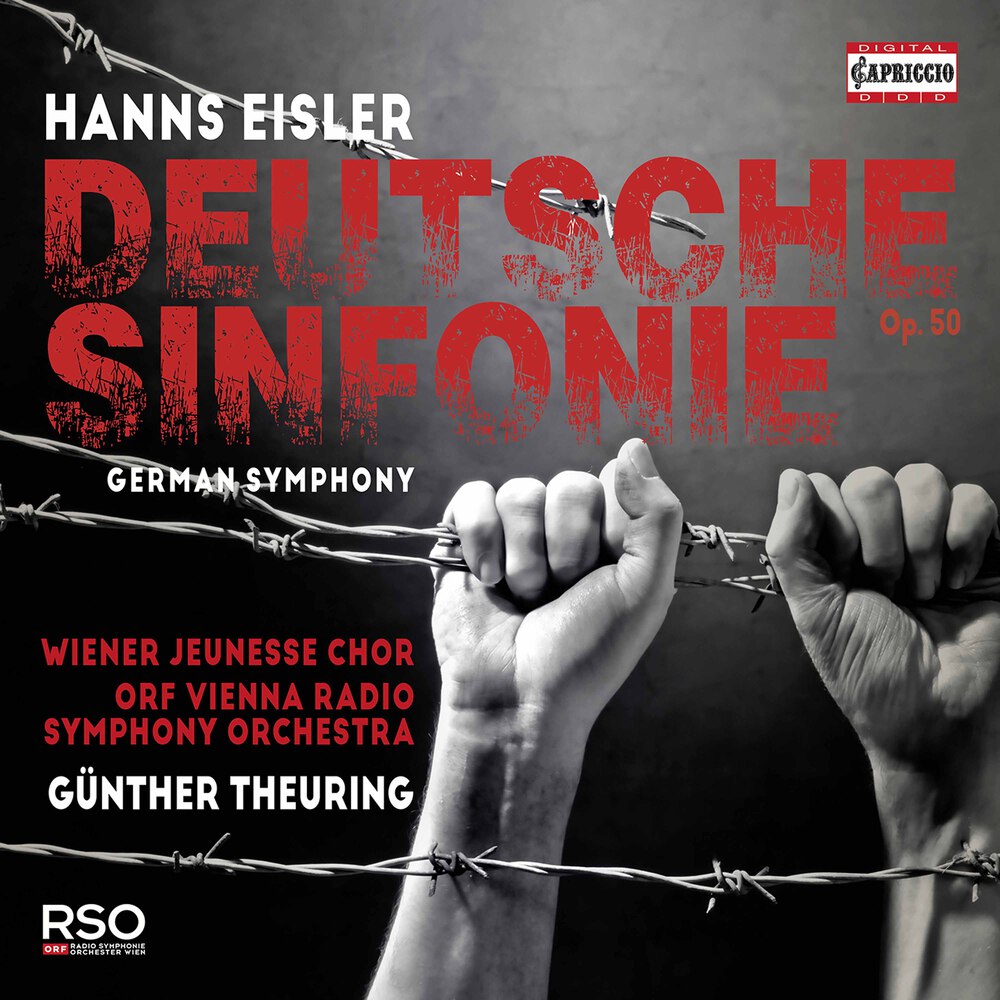 Available in 48 kHz / 24-bit AIFF, FLAC audio formats
Of particular importance to Eisler was the principle of synthesis, working with a variety of musical aesthetics, and merging them to an autonomous whole… albeit always with an eye to also wanting to “change the world” with his music. The October Revolution of 1917 and the assumption of power by the Bolsheviks in Russia shaped young Hanns Eisler already for the rest of his life. Later on, in the 1930s after all, there was no topic that preoccupied him more, during the years of exile, than the sustained protest against National Socialism. Eisler wanted to make a musical stance against Fascism with his Opus 50; he wanted to show – together with his collaborating librettist Brecht – that there was not just a Germany Nazis but another, better Germany… driven into Exile or interned in concentration camps. The Deutsche Sinfonie is arguably Eisler's most important composition; she is unique in its ingenious combination of symphony, cantata, and oratorio.
48 kHz / 24-bit PCM – CapriccioNR Studio Masters