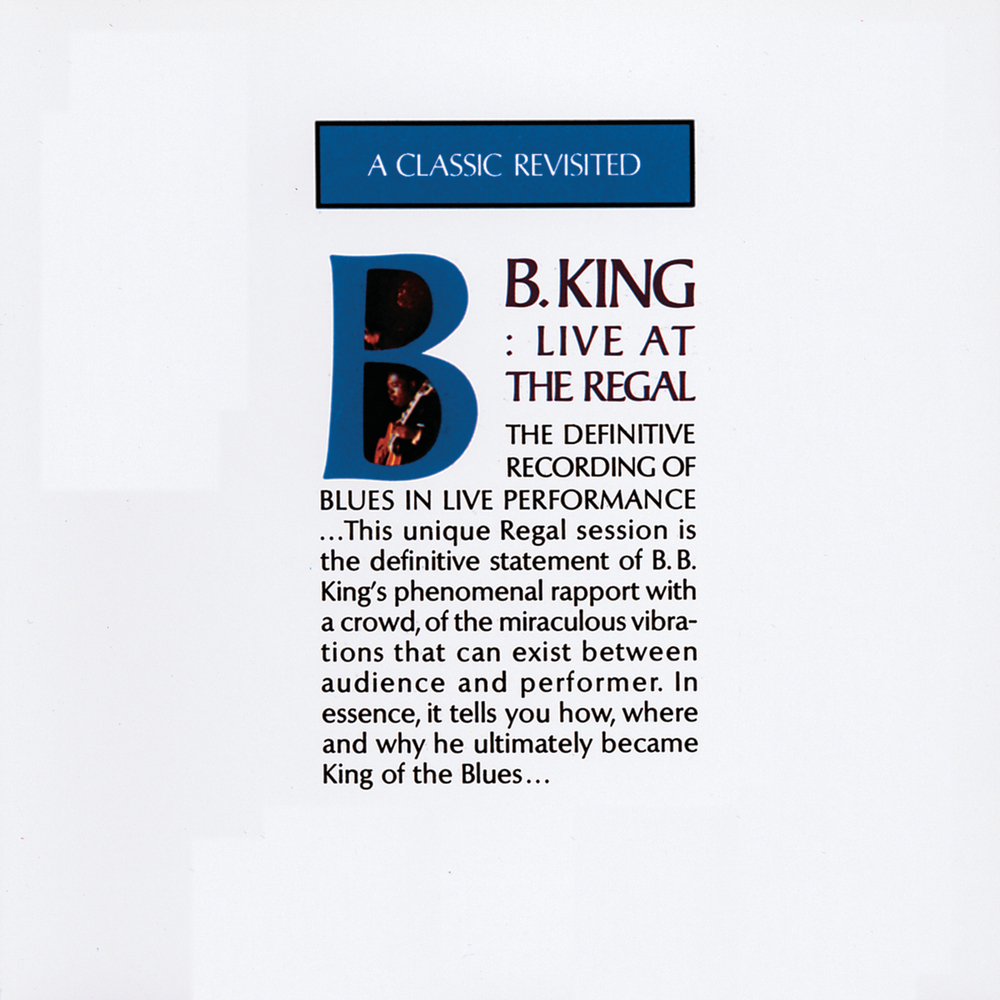 Live At The Regal

Available in 96 kHz / 24-bit AIFF, FLAC high resolution audio formats
Live at the Regal is a 1965 live album by American blues guitarist and singer B.B. King. It was recorded on November 21, 1964 at the Regal Theater in Chicago. The album is widely heralded as one of the greatest blues albums ever recorded. In 2005, Live at the Regal was selected for permanent preservation in the National Recording Registry at the Library of Congress in the United States. Live at the Regal was recorded on November 21, 1964, at the Regal Theater in Chicago, a venue King claimed to have played at "hundreds of times before". King's backing band consisted of: Duke Jethro on the piano, Leo Lauchie on the bass, Kenneth Sands on the trumpet, Johnny Board and Bobby Forte on the tenor saxes, and Sonny Freeman on the drums. Jethro was originally scheduled to play the organ, but after his organ broke, King instructed Jethro to play the piano. When Jethro said he did not know how to play the piano, King replied "Well, just sit there and pretend that's what you do most of the time anyway."
96 kHz / 24-bit PCM – Geffen Studio Masters