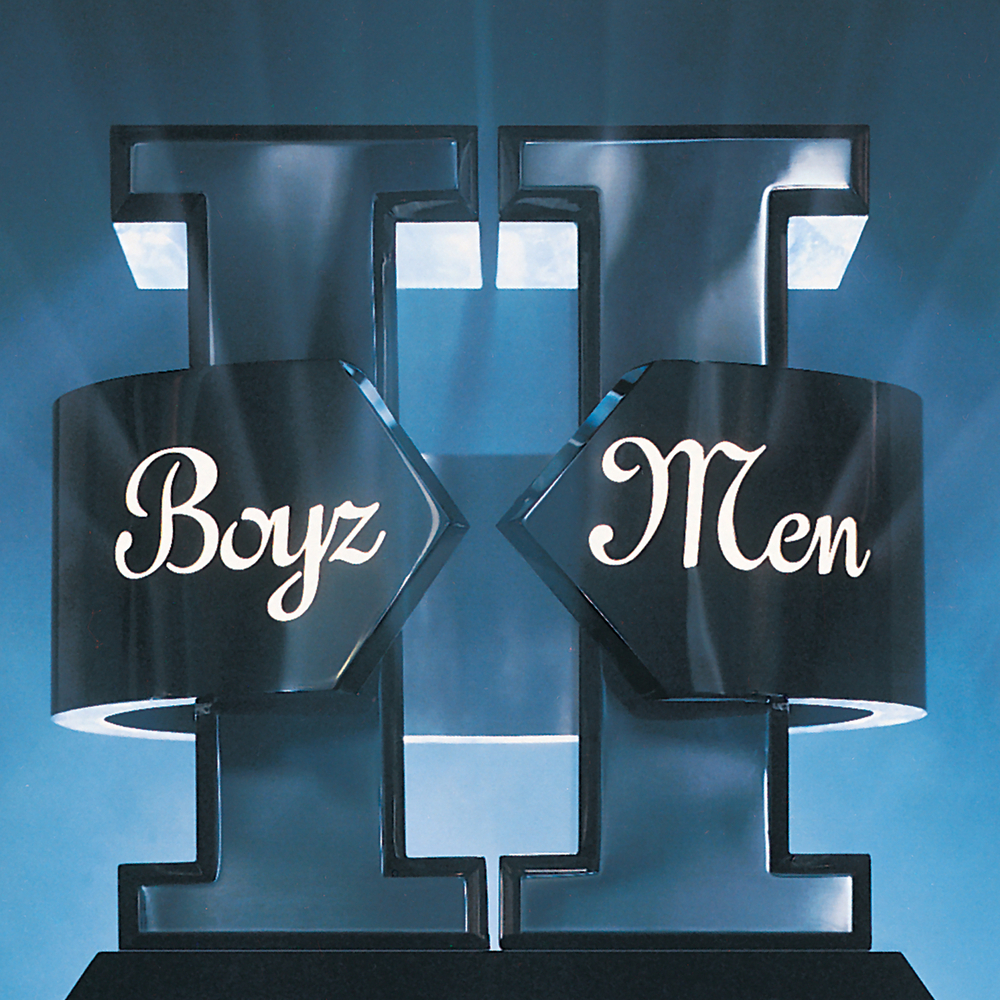 Available in 96 kHz / 24-bit AIFF, FLAC high resolution audio formats
II is the second non-Christmas album by American R&B quartet Boyz II Men, released on August 30, 1994 on Motown Records. It contained the No. 1 singles "I'll Make Love to You" and "On Bended Knee", the latter of which replaced the former at the top of the Billboard Hot 100, making the group the third artist to replace themselves at No. 1 in the United States after Elvis Presley and The Beatles and the first to achieve the feat in 30 years. According to producer Bob Robinson of the duo Tim & Bob, he and his partner Tim Kelley were asked by Boyz II Men to produce most of II. However, Motown Records then-president Jheryl Busby did not feel comfortable with the idea of two unknown producers dominating a second album from a group that was one of the biggest acts in the world at the time. As a result, Busby brought in Jimmy Jam and Terry Lewis and Babyface to deliver hit singles for the project. Busby insisted on "I'll Make Love to You" being the first single, despite objections from the group- who felt there were songs that could have been much stronger singles. The song became one of Boyz II Men's biggest hits.
96 kHz / 24-bit PCM – UNI/MOTOWN Studio Masters