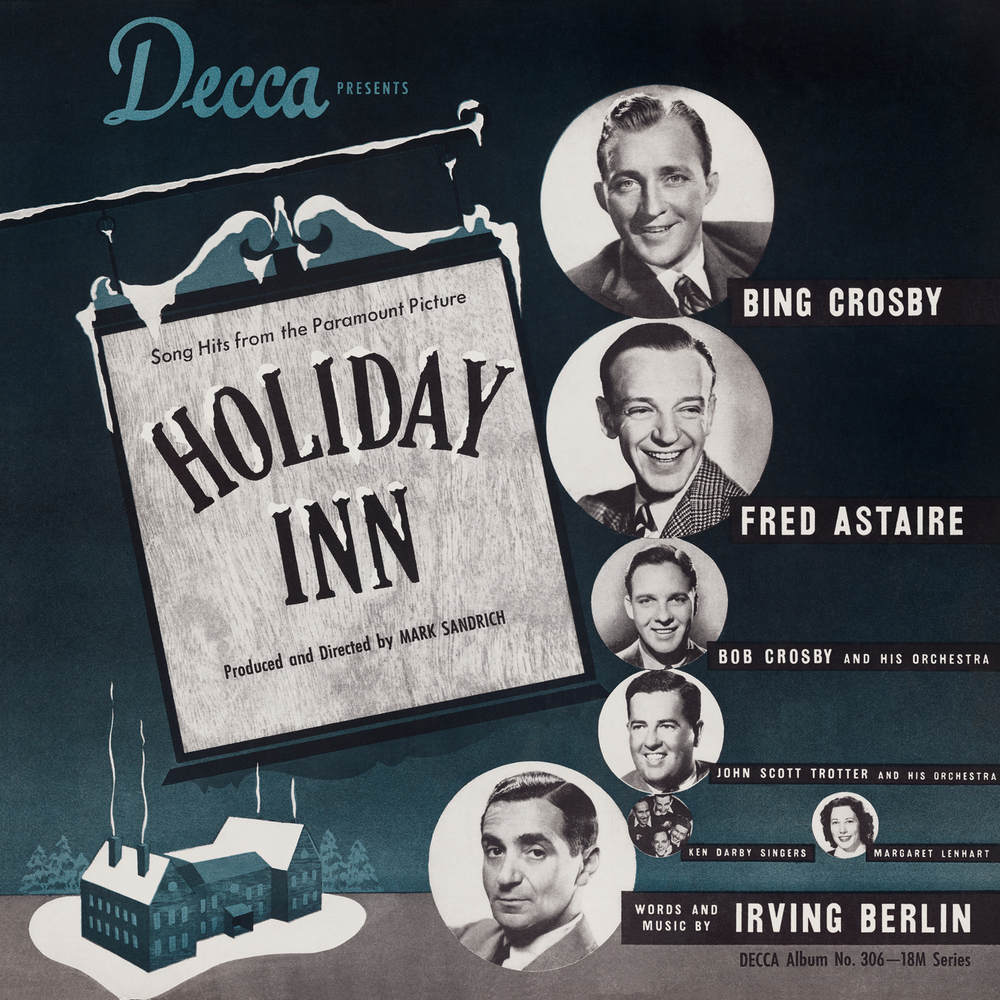 Available in 192 kHz / 24-bit AIFF, FLAC high resolution audio formats
"... The album is the entire weekly release from the wax factory—and apart the music it contains, it's more than just another album, it's almost a transposition on wax of the screen score all capably executed by Bing Crosby and Fred Astaire..." - Billboard (1942) Song Hits from Holiday Inn is a studio album by Bing Crosby and Fred Astaire released in July 1942 featuring songs presented in the American musical film Holiday Inn. These are the longer studio recorded versions of the songs presented in the film. This album is not only notable because it is one of the greatest works of the highly regarded songwriter Irving Berlin, but it is only Crosby's third studio album.
192 kHz / 24-bit PCM – Geffen Studio Masters