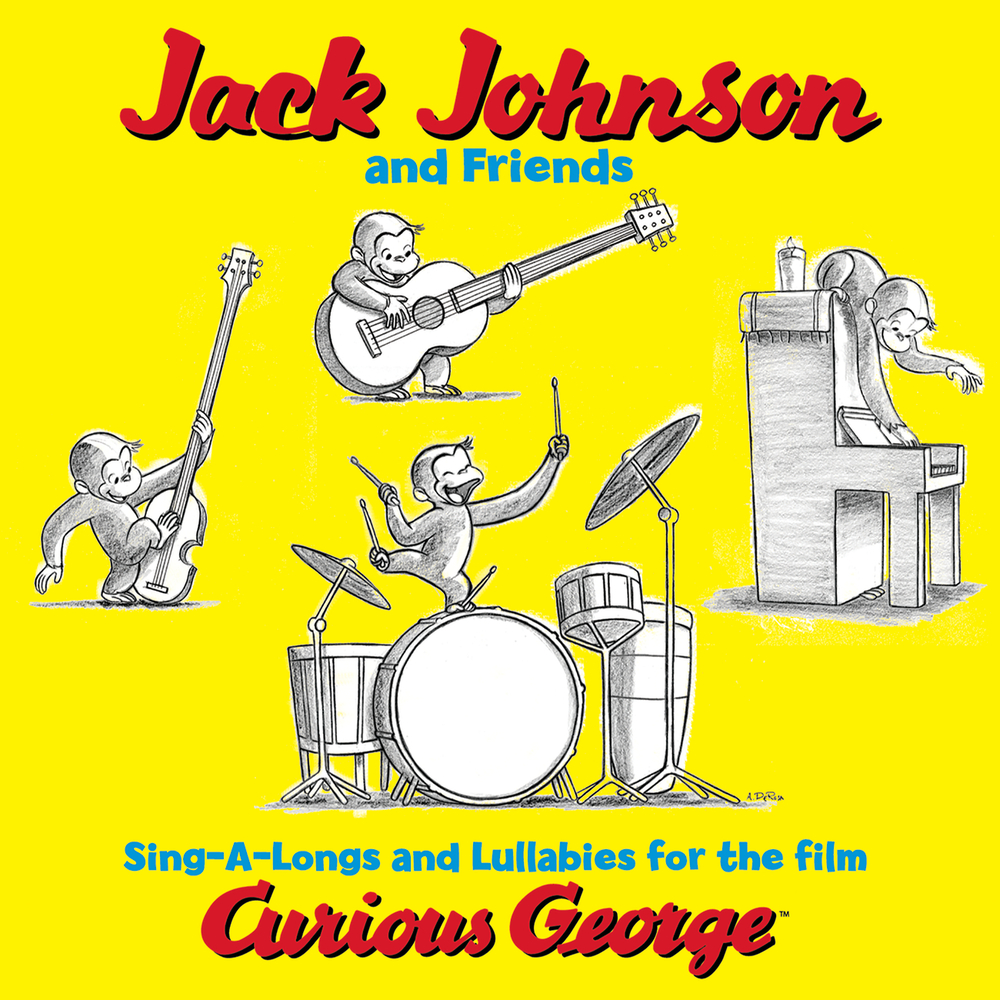 Jack Johnson And Friends: Sing-A-Longs And Lullabies For The Film Curious George

Available in 96 kHz / 24-bit AIFF, FLAC high resolution audio formats
Billboard 200 - #1, 2006 Canadian SoundScan Albums Chart - #1, 2006 "... Johnson provides a musical voice for the mischievous monkey on this delightful soundtrack ... ditties that will have both kiddies and grown-ups happily singing along." - People "Johnson makes the perfect artist for the Curious George soundtrack. He possesses a calming voice. He keeps everything light and simple. It is the sonic equivalent of the ideals of Curious George: simple, fun, and conveys a message." - Sputnikmusic Jack Johnson accepted the challenge of writing a collection of children's songs to accompany the animated film version of Curious George released in 2006. The resulting soundtrack album went to number one in the United States, Canada, Australia and New Zealand and became a US million seller. Since Curious George doesn't speak in the movie, the monkey's voice is only heard through Johnson's songs. This required Johnson to research the perspective of an inquisitive monkey. After reading the screenplay, he studied sketches of Curious George until the music came to him. Guests include Ben Harper, G. Love and Matt Costa. “I’ve never really done a kids’ record before, so it’s a whole different trip. It’s funny, because some of the songs are kidlike and some I kind of question whether or not they should be on there. They touch on more normal, adult subjects like relationships.” - Jack Johnson
96 kHz / 24-bit PCM – Polydor Studio Masters