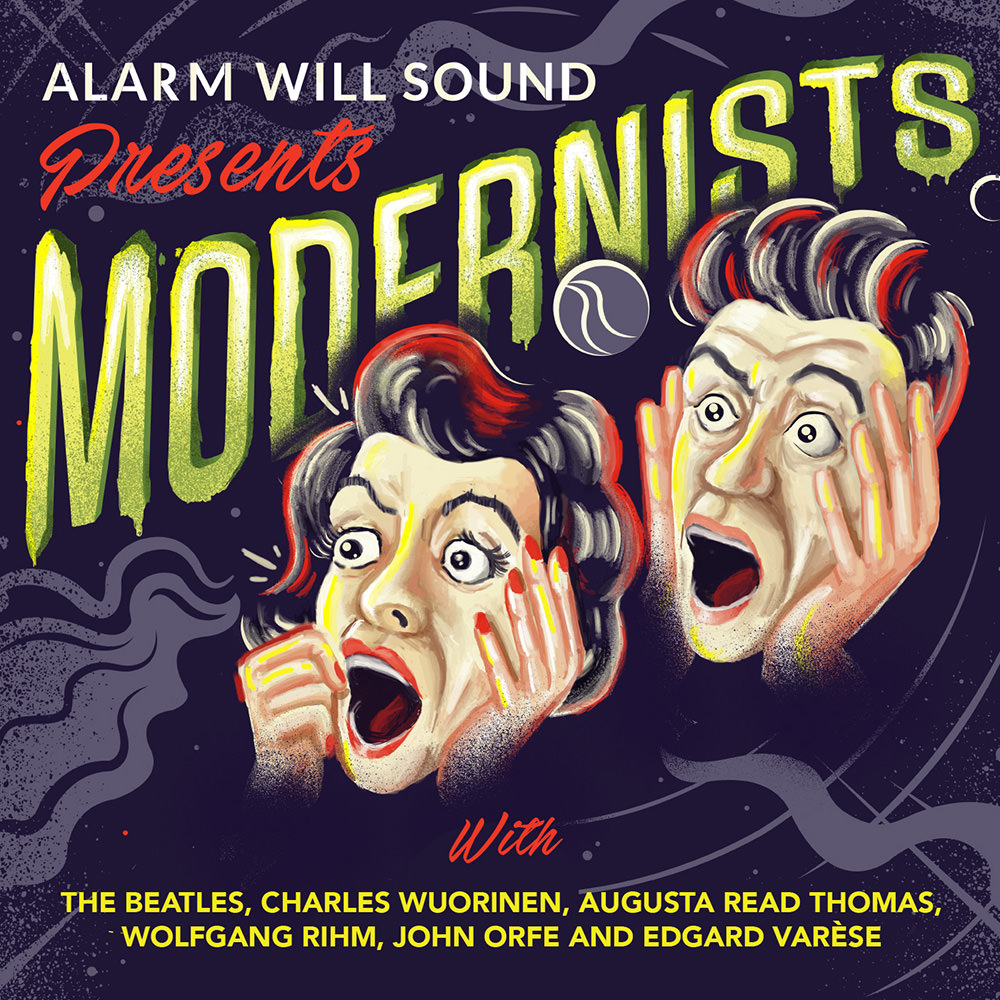 "Alarm Will Sound has grabbed the future of classical music and made it now: merging styles, erasing boundaries, championing experimentation and obviously having fun along the way."
- The Denver Post

"... pure modern classical fun. The six pieces they’ve chosen speak different structural languages, though each one shares a desire to bring across a sense of wildness that is exuberant at heart ... overall, Modernists makes for a strong show, mounted on behalf of a wing of classical music that isn’t always represented at your local chamber music hall."
- Pitchfork

"... Alarm Will Sound present their own rendition of the misunderstood Beatles track (Revolution 9) ... AWS takes an all-acoustic approach ... this softens contours but doesn't dampen the frenetic chaos ... (gone) are the backward-running tape loops, but the ensemble mimics them brilliantly with slithery woodwinds highlighted by a groaning bass clarinet. Three percussionists help stage any number of jarring juxtapositions while band members effectively babble the nonsensical text ... AWS elevates the piece from maligned recording studio experiment to legitimate chamber orchestra work."
- NPR

The 23-piece Alarm Will Sound ventures into the outer reaches of propriety on Modernists. The album is bookended by tributes to two masterworks of modern recorded sound, arranged for the ensemble: Revolution 9 by the Beatles and Poème électronique by Edgard Varèse. Each piece is strange and otherworldly in its own way, with a provocative history of upsetting as many, if not more, listeners than they have won over. AWS also performs music written for the group by Wolfgang Rihm, Charles Wuorinen, AWS pianist John Orfe and Augusta Read Thomas.
96 kHz / 24-bit PCM – Cantaloupe Music Studio Masters