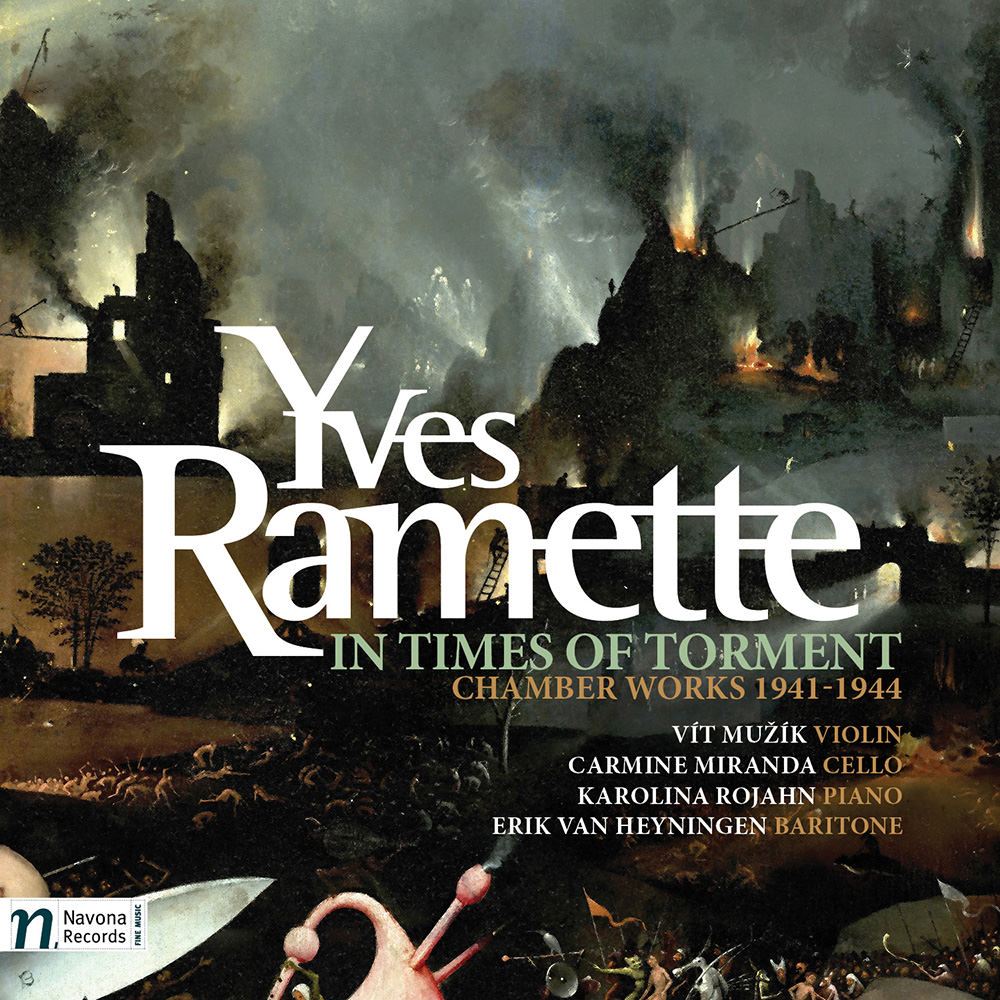 In Times of Torment by late composer Yves Ramette displays major themes from almost every single musical era. Composed in Paris during the Nazi occupation, the music presents a unique perspective from Ramette, breaking away from challenging piano works to showcase varying chamber ensembles. Although his sonatas were written for the virtuosic violin and cello, the piano is highlighted throughout his pieces, making it more than an accompaniment, but rather a featured instrument. While Ramette’s favourite instrument was the piano, he also studied the violin in France and his vast knowledge of violin technique can be heard on this album in both of his violin sonatas and his string quartet. Concluding the programme is the Cello Sonata, performed here by cellist Carmine Miranda and pianist Karolina Rojahn.
44.1 kHz / 24-bit PCM – Navona Studio Masters