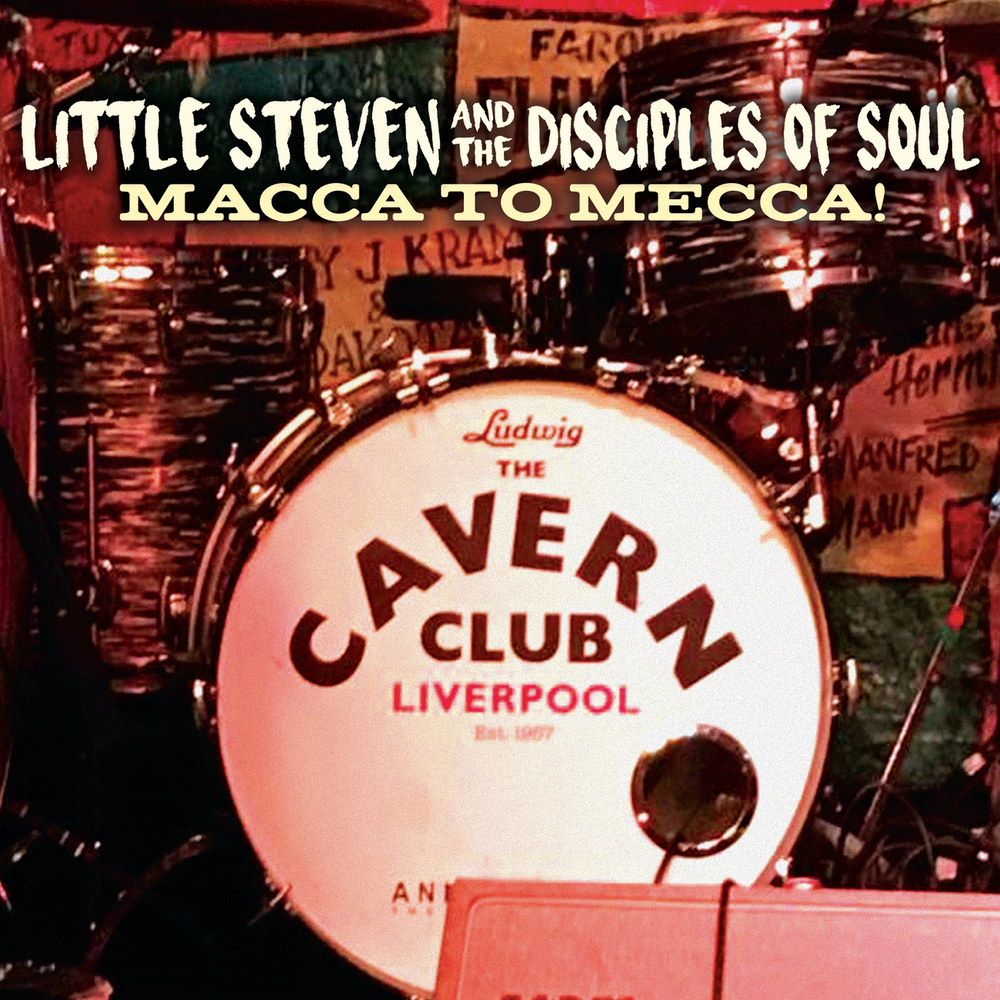 Macca To Mecca! (Live / feat. The Disciples Of Soul)

Available in 96 kHz / 24-bit AIFF, FLAC high resolution audio formats
In the fall of 2017, when Little Steven landed in Liverpool on his sold out European tour with his newly reformed band the Disciples of Soul in support of Soulfire, his first new album in nearly two decades, the Rock and Roll Hall of Fame musician, songwriter and lifelong Beatles fan played an extraordinary surprise set outside of the legendary Cavern Club as a tribute to the seminal band that inspired him and so many others to pick up a guitar and start a band after witnessing their musical revolution on "The Ed Sullivan Show" in 1964. The intimate lunchtime gig saw Little Steven aka Stevie Van Zandt lead his 15-strong band through rocking renditions of "Magical Mystery Tour," "Good Morning, Good Morning," "Got To Get You Into My Life," and "All You Need Is Love," alongside iconic songs famously performed by the nascent Fab Four, including "Boys" (originally by The Shirelles), "Slow Down" (by Larry Williams) and "Soldier Of Love" (first recorded by Arthur Alexander). Fortunately for those that weren't there to witness this once-in-a-lifetime event, the concert was professionally filmed and expertly recorded by Van Zandt's touring film and audio crew and is now slated for wide release as Macca To Mecca!.
96 kHz / 24-bit PCM – Steven Van Zandt Catalog Studio Masters