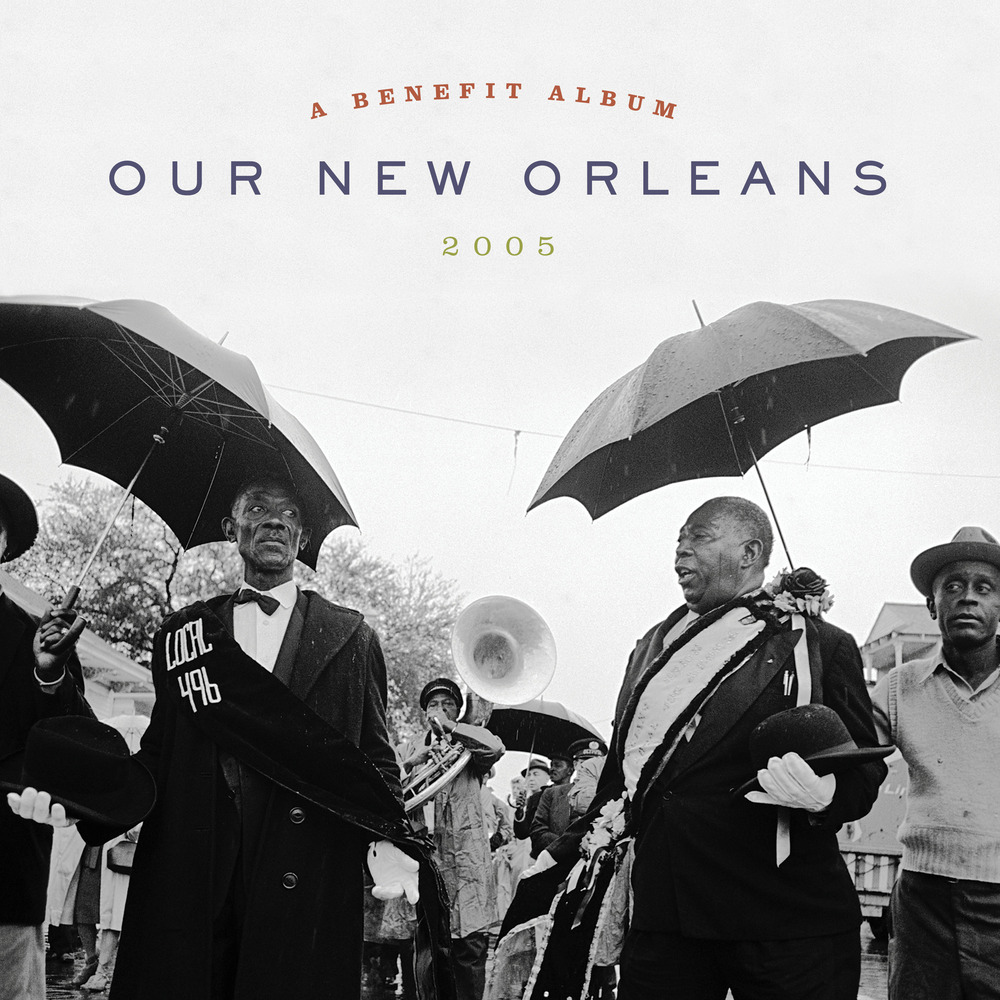 Available in MQA and 96 kHz / 24-bit AIFF, FLAC high resolution audio formats
A remastered, special edition of the 2005 record Our New Orleans is released by Nonesuch Records. The 21-track set includes five previously unreleased tracks: “Do You Know What It Means,” by Davell Crawford; “Let's Work Together,” by Buckwheat Zydeco and Ry Cooder; “Crescent City Serenade,” by Dr. Michael White; “Walking By the River,” by Dr. John; and “Do You Know What It Means,” by The Wardell Quezergue Orchestra featuring Donald Harrison. The $1.5 million raised from the 2005 release went toward providing housing in partnership with low-income musicians and others through the New Orleans Habitat Musicians’ Village, a concept that was developed by New Orleans Area Habitat for Humanity, working with Branford Marsalis and Harry Connick, Jr. Habitat-built homes in the village now provide musicians and others of modest means the opportunity to buy decent, affordable housing. The centerpiece of the village is the Ellis Marsalis Center for Music, dedicated to celebrating the music and musicians of New Orleans and to the education and development of homeowners and others who live nearby. For Our New Orleans, many of the Crescent City’s best-known musicians recorded songs that are integral to their lives and that express their feelings about the city and the trauma of Katrina. The album was made swiftly and simply, over the course of a month, in one-day sessions across the country. Nick Spitzer, host of public radio’s New Orleans–based "American Routes", contributed liner notes to the record, as did Pulitzer Prize–winning author Richard Ford, also a Crescent City resident. Other producers who made enormous contributions include Mark Bingham, Ry Cooder, Joel and Adam Dorn, Steve Epstein, Joe Henry, Doug Petty, Matt Sakakeeny, and Hal Willner. “What was most remarkable to me was the immediate response of the musicians. Many were in New Orleans when Katrina struck. Many lost everything they owned including even the musical instruments that are their livelihood. Yet they responded within days to the question of whether they might participate in this project. The emotion and the power of Our New Orleans come both from their anguish and from their incredible generosity.” - David Bither (President of Nonesuch)
96 kHz / 24-bit PCM – Nonesuch Studio Masters