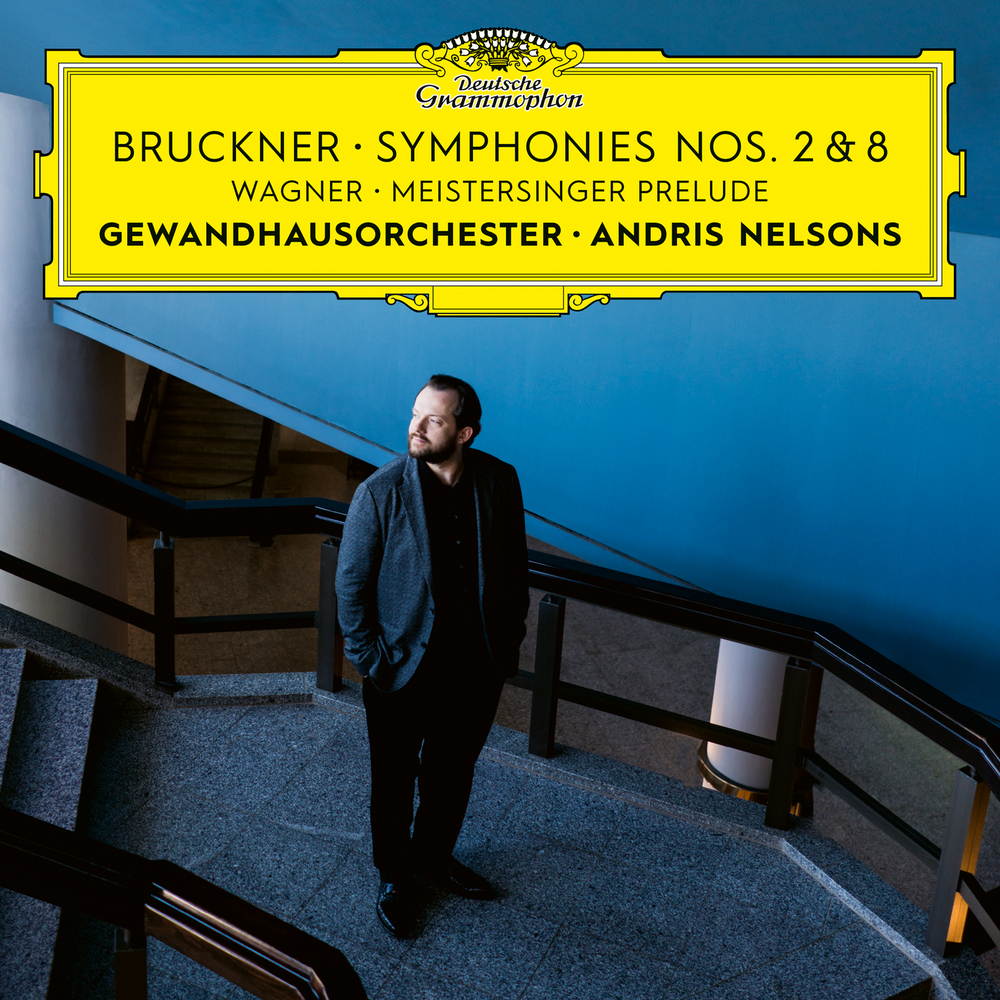 Available in 192 kHz / 24-bit AIFF, FLAC high resolution audio formats
Deutsche Grammophon releases Andris Nelsons and the Gewandhausorchester Leipzig’s performance of Bruckner’s Symphonies Nos. 2 & 8, coupled with Wagner’s "Meistersinger Prelude". The Orchestra and the Latvian Maestro recently announced the extension of their acclaimed partnership until 2027. “In this symphony, Bruckner has formulated everything very clearly: the wonderful themes are clearly separated from each other by general pauses, and yet the result is a great whole. It is astonishing that this work is so rarely performed – in fact it is an ideal introduction to the cosmos of Bruckner’s Symphony”, says Gewandhaus Kapellmeister Andris Nelsons about the second symphony. Bruckner himself called his Eighth a “mystery”. Andris Nelsons has much to gain from this: “Bruckner penetrated here, especially in the slow movement, into regions that were beyond the reach of other composers. The unity of the enormous work is also a miracle. The magnificent final set – the last that Bruckner was able to complete – contributes to this”.
192 kHz / 24-bit PCM – Deutsche Grammophon (DG) Studio Masters