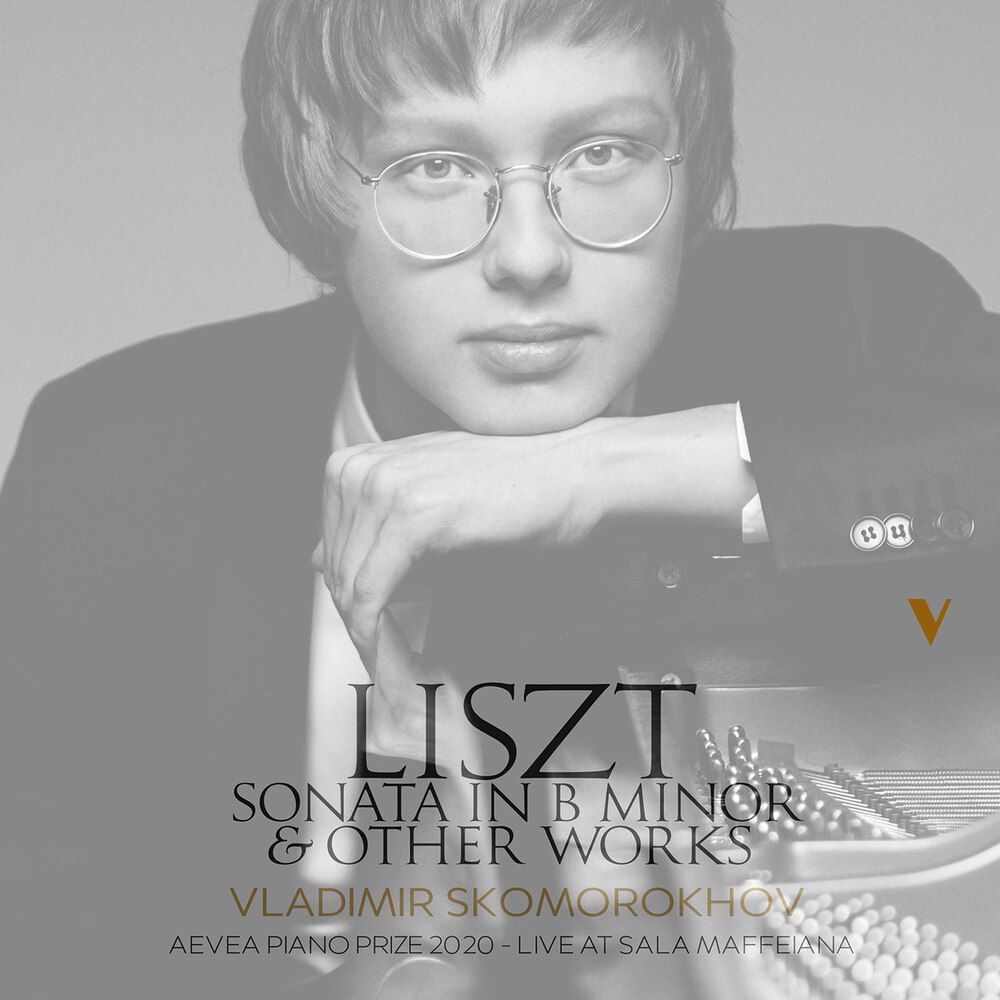 Available in 88.2 kHz / 24-bit AIFF, FLAC high resolution audio formats
This live performance took place during the AEVEA IPC and was recorded as HD/24-bits by producer and engineer Alessandro Simonetto by using eight Bruel & Kjæer and Neumann microphones. These recordings are part of the Aevea Piano Prize, and their sale are important in order to support future editions of the competition. Vladimir Skomorokhov was born on March 27, 1999 in Volgograd. From 2013 to 2016 he studied at the Tchaikovsky Academic Music College at the Moscow State Conservatory. He graduated with distinction one year ahead of schedule. Vladimir studied at once in two classes. He was a student in the piano class of Yuri Slesarev (a People’s Artist of Russia) and in the organ class of Galina Semenova. In 2016 he entered the piano faculty of the Moscow State Conservatory scoring more points at the entrance examinations than any other applicants. At the moment, Vladimir is continuing education in the same two classes (piano and organ). The piano class is taught by Eliso Virsaladze (a People’s Artist of the USSR) and the organ class is taught by Natalia Gureeva (an Honored Artist of Russia).
88.2 kHz / 24-bit PCM – OnClassical Studio Masters