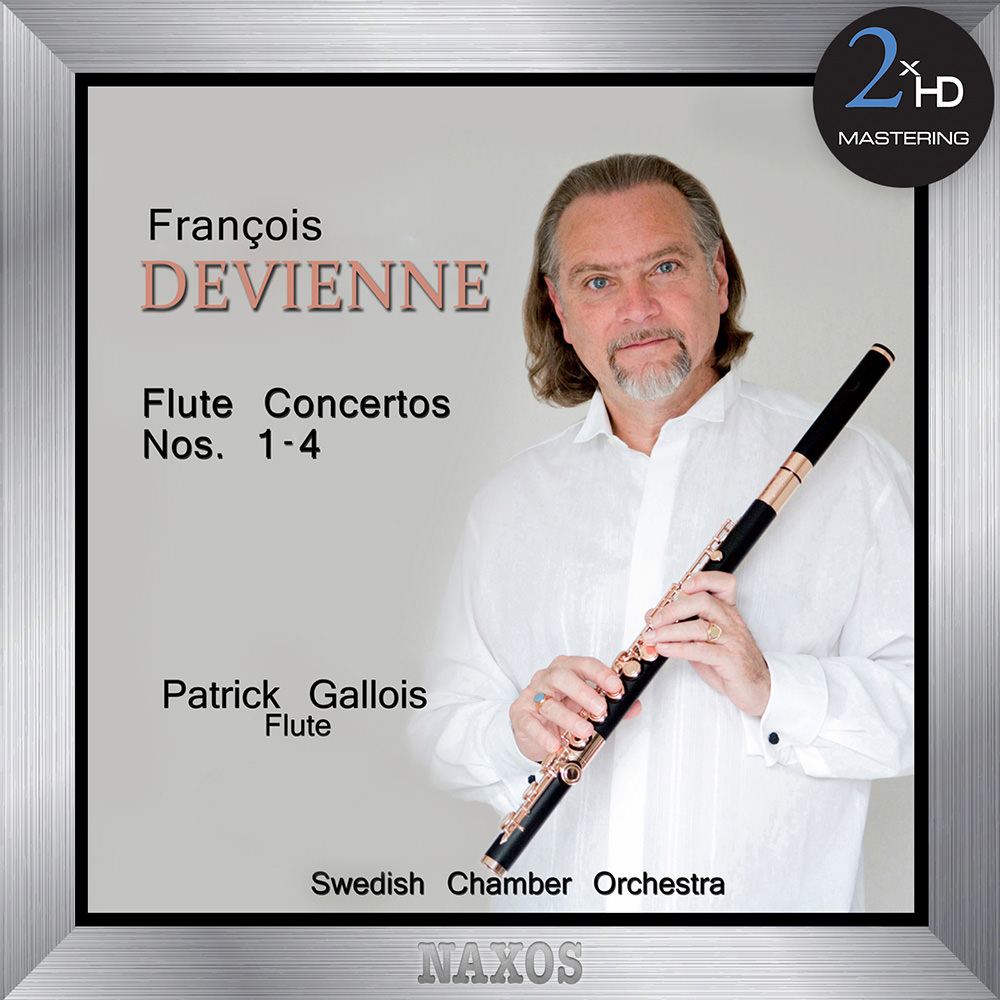 "... Gallois produces a tone that ... is well-focused and well-tuned ... he has the dexterity to make the scales, arpeggios and other figurations sound easy and the musicality and dash to make them sound purposeful: they're flashy without being insistent."
- MusicWeb International

"... (Gallois) plays brilliantly in all works, always displaying a deft touch for dynamics as well as a brilliant, all-encompassing technique. ... each concerto is performed with spirit and a sense of utter commitment by both soloist and orchestra. Highly recommended to fanciers of flute music."
- Classical.Net

Known around the world, Patrick Gallois is both a hugely successful flutist and conductor with several albums under his belt. On this recording, Gallois is accompanied by the Swedish Chamber Orchestra in presenting François Devienne's first four flute concertos. All these works combine sublime melodic elegance and graceful virtuosity, placing them among the most attractive concertos of their time. Since Devienne's flute concertos have rarely been recorded in their entirety, this album will appeal to both collectors and the many fans of Gallois.
192 kHz / 24-bit, 96 kHz / 24-bit PCM and 5.6448 MHz, 2.8224 MHz DSD – 2xHD - Naxos Studio Masters

In order to achieve the most accurate reproduction of the original recording we tailor our process specifically for each project, using a selection from our pool of state-of-the-art audiophile components and connectors.The process begins with a transfer to analogue from the original 24-bit / 96 kHz resolution master, using cutting edge D/A converters. The analogue signal is then sent through a high end tube preamplifier before being recorded directly in DXD using the dCS905 A/D and the dCS Vivaldi Clock. All connections used in the process are made of OCC silver cable.