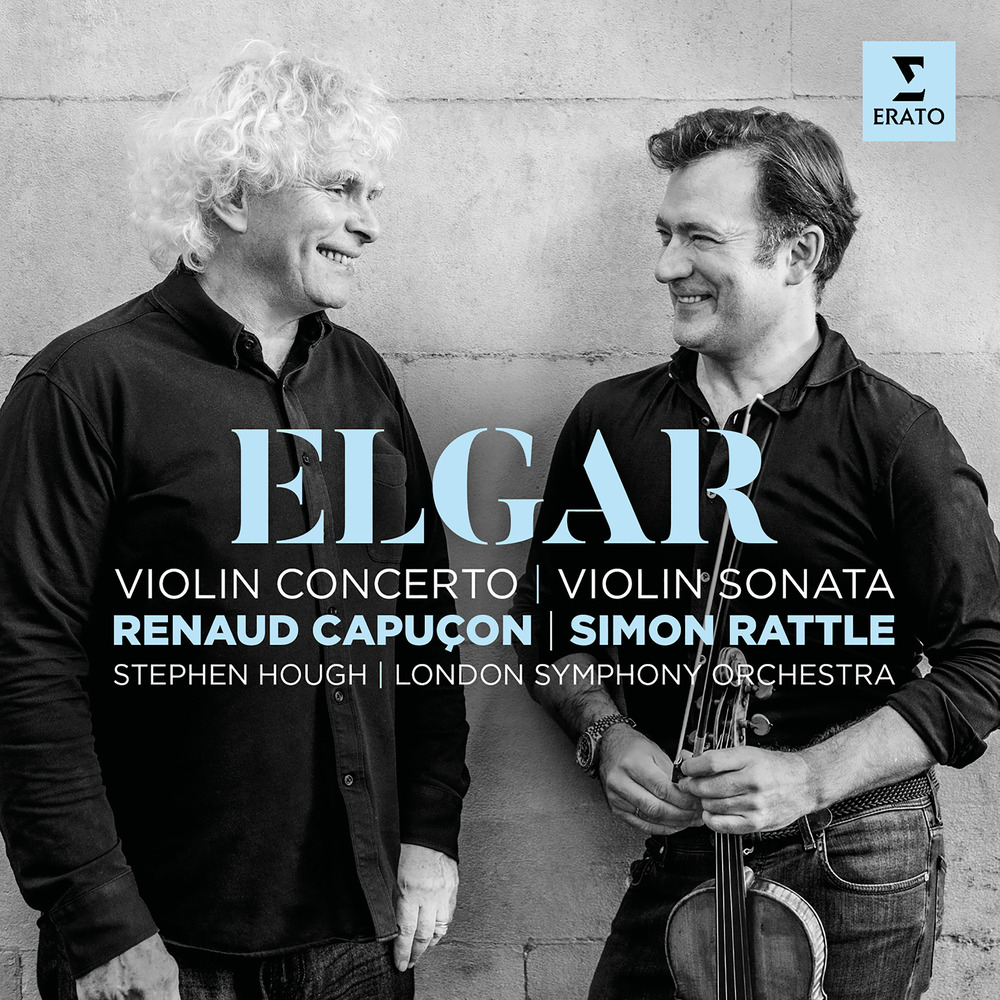 Available in MQA and 192 kHz / 24-bit, 96 kHz / 24-bit AIFF, FLAC high resolution audio formats
Elgar’s violin concerto – distinctively passionate and nostalgic – is one of the great late-Romantic concertos. “It is a huge piece,” says Renaud Capuçon “both in terms of its length and its romantic and noble nature.” This is Capuçon’s first recording with Sir Simon Rattle, here conducting the London Symphony Orchestra. When Rattle chose Elgar’s Enigma Variations for his inaugural concert as the LSO’s music director in 2017, he was celebrating the close historic links between the composer and the orchestra. Not only did the LSO accompany Fritz Kreisler in the premiere of the violin concerto in 1910, Elgar became its Principal Conductor the following year. Paired with the concerto on this album is his violin sonata, first performed in 1919. Renaud Capuçon, who calls the sonata “a work of nobility and tenderness”, is joined by one of the leading British pianists of today, Stephen Hough.
192 kHz / 24-bit, 96 kHz / 24-bit PCM – Warner Classics Studio Masters