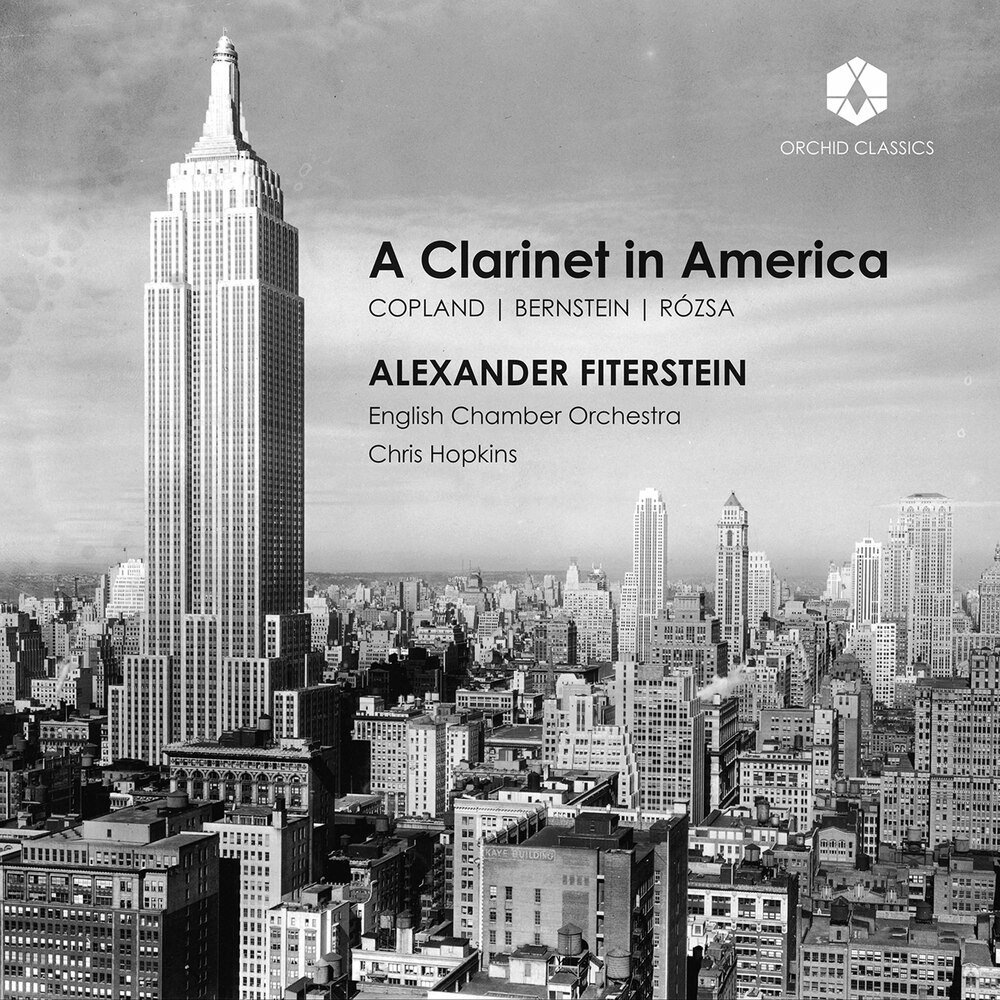 A Clarinet in America

Available in 96 kHz / 24-bit AIFF, FLAC high resolution audio formats
Works for Clarinet are the focal point of this wonderful album from Orchid Classics. Aaron Copland is given particular attention for his contribution to American clarinet music! Alexander Fiterstein is considered one of today’s most exceptional clarinettists. Fiterstein has performed in recital, with distinguished orchestras, and with chamber music ensembles throughout the world. He won first prize at the Carl Nielsen International Clarinet Competition and received the prestigious Avery Fisher Career Grant Award. The Washington Post has described his playing as “dazzling in its spectrum of colors, agility, and range. Every sound he makes is finely measured without inhibiting expressiveness” and The New York Times described him as “a clarinettist with a warm tone and powerful technique.” Equally at home on the concert stage as in the pit, conductor and pianist Chris Hopkins is engaged on a wide range of projects across many disciplines. Recently appointed principal conductor of the English Sinfonia, he is also a frequent face at the London Coliseum, following the success of his ENO conducting debut in 2017. He has since returned to conduct The Magic Flute, Iolanthe and the most recent revival of the legendary production of The Mikado (‘faultlessly conducted by the excellent Chris Hopkins’ London Theatre Reviews). Previously he has worked at the Royal Opera House, Glyndebourne Opera, Opera de Paris, Grange Festival Opera, English Chamber Orchestra, Royal Ballet Sinfonia, Crash Ensemble, WNO, NI Opera, HGO, Opera Holland Park, Wide Open Opera, Garsington Opera, Grange Park Opera, Opera Danube, London Mozart Players, and appeared at many festivals including Aldeburgh, Presteigne, and Latitude. He has performed throughout the UK, in the US, Asia and extensively in Europe as well as live and recorded appearances on BBC 1, Classic FM and BBC Radio 2, 3 and 4. Chris was honoured in 2013 to be made an Associate of the Royal Academy of Music. The English Chamber Orchestra is the most recorded chamber orchestra in the world, its discography containing 860 recordings of over 1,500 works by more than 400 composers.
96 kHz / 24-bit PCM – Orchid Classics Studio Masters