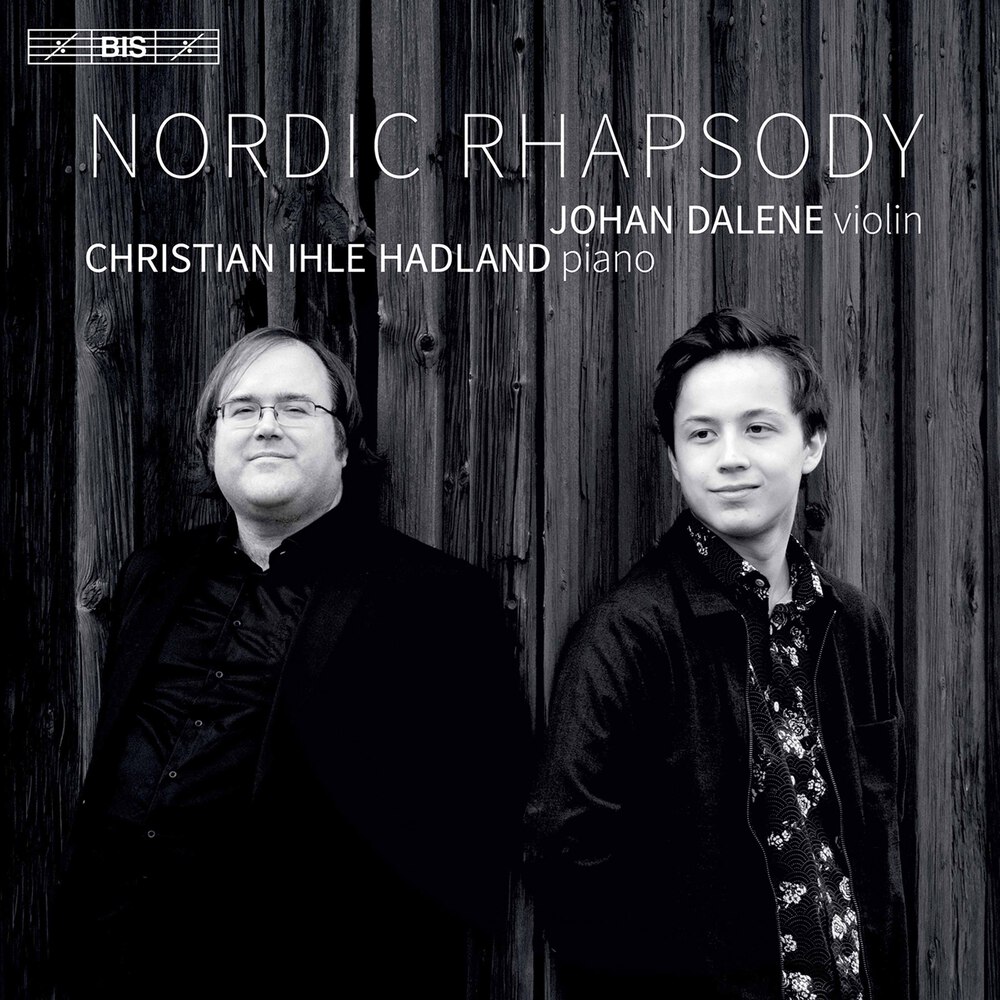 Available in 96 kHz / 24-bit AIFF, FLAC high resolution audio formats
Only 20 years old, Johan Dalene has already been hailed as ‘a musician of special sensibilities’ (Gramophone) in possession of ‘a rare fire’ (Diapason), and his début disc, with the concertos of Tchaikovsky and Barber, was described as ‘one of the finest violin débuts of the last decade’ in the BBC Music Magazine. For his second album, the Scandinavian violinist has chosen repertoire closer to home, with works by six Nordic composers. This is music that lies equally well under the hands of his partner, the Norwegian pianist Christian Ihle Hadland, and together the two offer a programme full of contrasts, and yet with a certain consistent sensibility. Nordic Rhapsody is bookended by two Norwegian composers, Christian Sinding and Edvard Grieg. What is interesting is that even though Sinding’s Suite ‘in the old style’ was composed some 25 years after Grieg’s Sonata No. 1, it is the latter work that is most forward-looking. Here the composer introd­uces elements of his national style, which in turn would contribute to the development of ‘a Nordic style’. Following on the heels of Sinding is a Swedish-Finnish-Danish trio with personal ties – Wilhelm Stenhammar was a close friend of both Sibelius and Nielsen, whose music inspired him to free himself from Central European influences. His Romances and the three miniatures by Sibelius were composed during the 1910s, while Nielsen’s "Romance in D major" is a youthful work offering Dalene – winner of the 2019 Nielsen Competition – the opportunity to send a greeting to the composer. Last but not least among these composers, Einojuhani Rautavaara represents a great leap in time. His music is often described as synonymous with a contemporary ‘Nordic style’, however, and the transition from Notturno e danza (1993) to Grieg’s Sonata is as smooth as the ice on a Finnish lake in winter.
96 kHz / 24-bit PCM – BIS Records Studio Masters