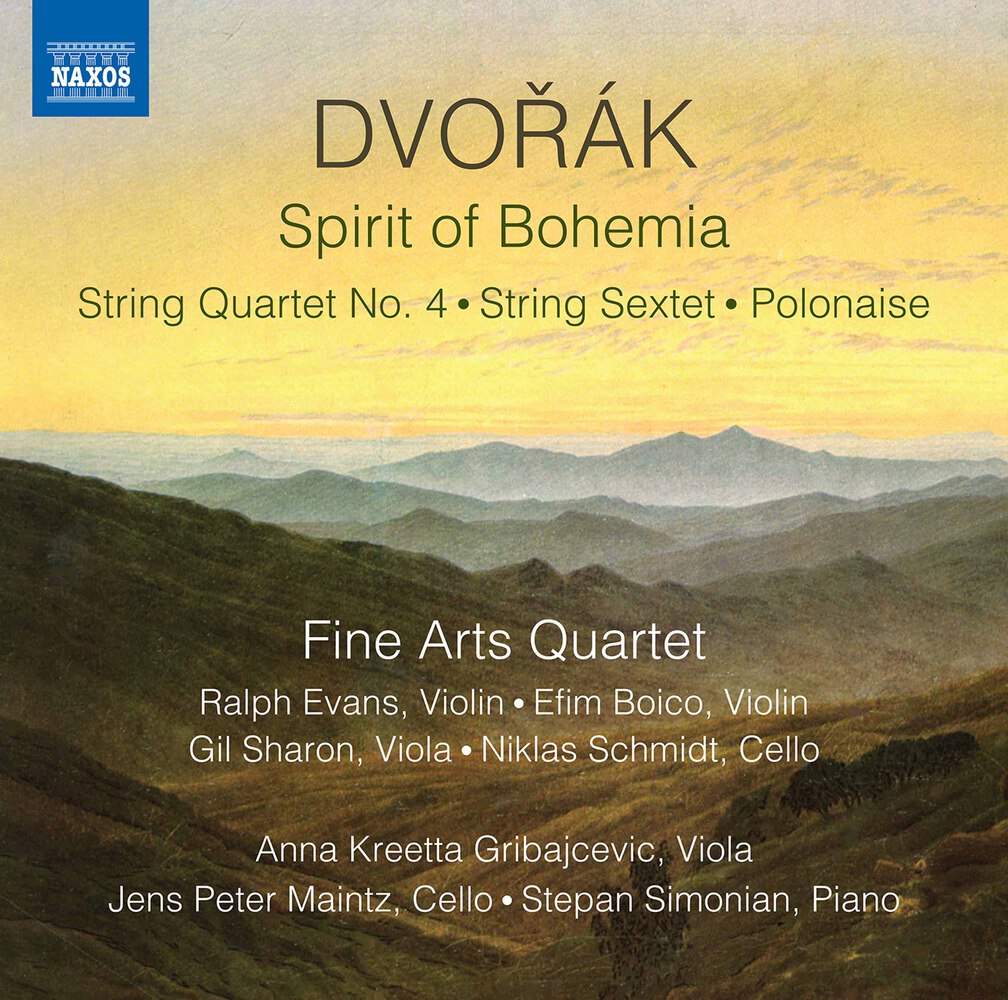 Available in 96 kHz / 24-bit AIFF, FLAC high resolution audio formats
Antonín Dvořák’s music, imbued with the spirit of Bohemia, reflects a love of his native land. His String Sextet, written in the distinctive style which brought him international fame, was an immediate success at its premiere. Composed just eight years earlier, his String Quartet No. 4, unpublished until 1968, features pioneering, wild outer movements, highly unusual for the time, which foreshadowed the modernist innovations of composers decades later. A moving Andante religioso, which Dvořák made use of in future works, lies at its heart. The Polonaise exploits both the soulful and virtuoso character of the cello.
96 kHz / 24-bit PCM – Naxos Studio Masters