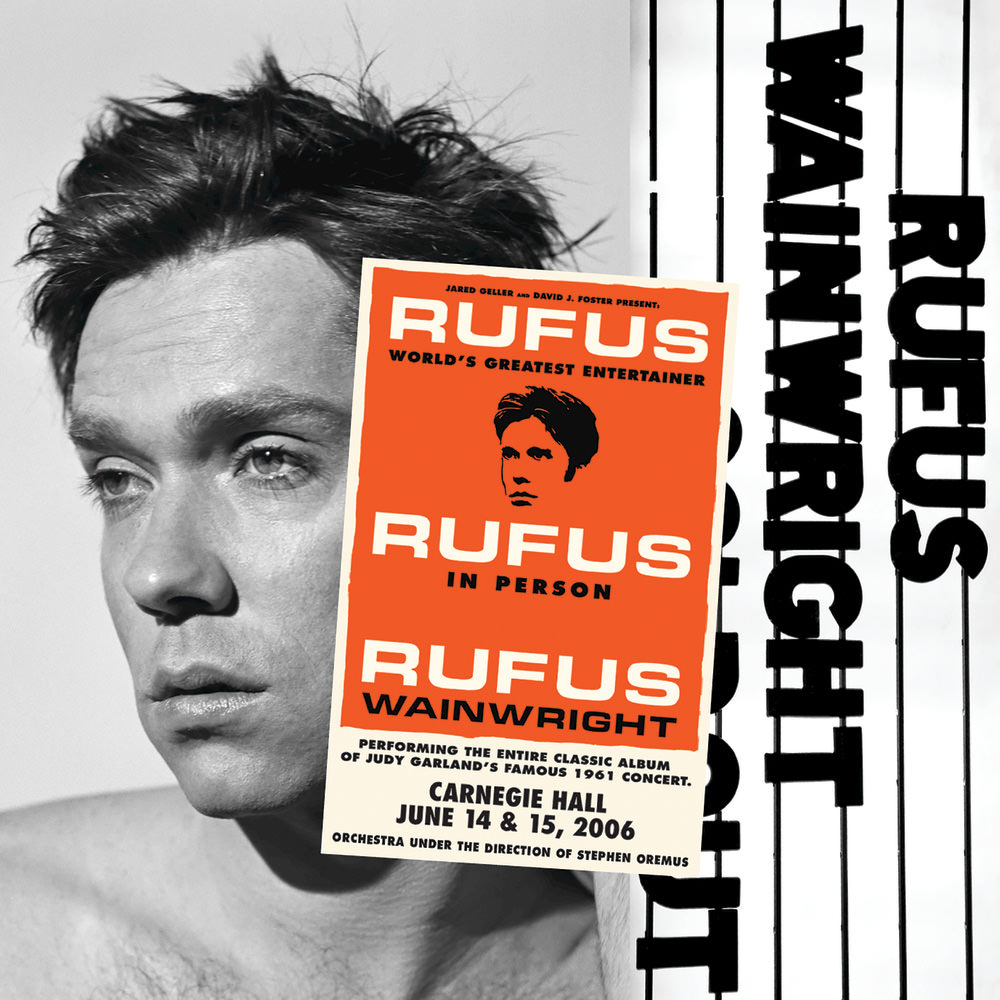 "... it's a relief to hear him essay the show tunes and Tin Pan Alley chestnuts of this tribute album ... they expand his melodic compass, plus the lyrics are good ... Wainwright brings something new to them too, namely, sexuality in the sensuality as opposed to gender-preference sense ... Rufus always sounds ready to fall into bed with the objects of his musical affection."
- Rolling Stone

Rufus Wainwright's first-ever live album was recorded at a sold-out Carnegie Hall in June 2006 and released to great acclaim the following year, even earning a Grammy nomination. The concept is fascinating: Wainwright recreates an entire concert Judy Garland presented at the same venue in April 1961. (Garland released her own live album from that evening, considered among the greatest concert recordings ever issued.) Backed by a 36 piece orchestra, Wainwright performs each song Garland played that magical night, filtered through his own unique voice. Produced by Phil Ramone, the album features guest appearances from Wainwright's sister Martha and their mother, the late Kate McGarrigle. This edition includes the bonus track Get Happy, bringing the concert to a fitting conclusion.

"I don't think it would have been possible for anyone other than a gay male to do this concert. In a weird way, a gay man has some sort of perspective on it, I believe."
- Rufus Wainwright
48 kHz / 24-bit PCM – Geffen Studio Masters