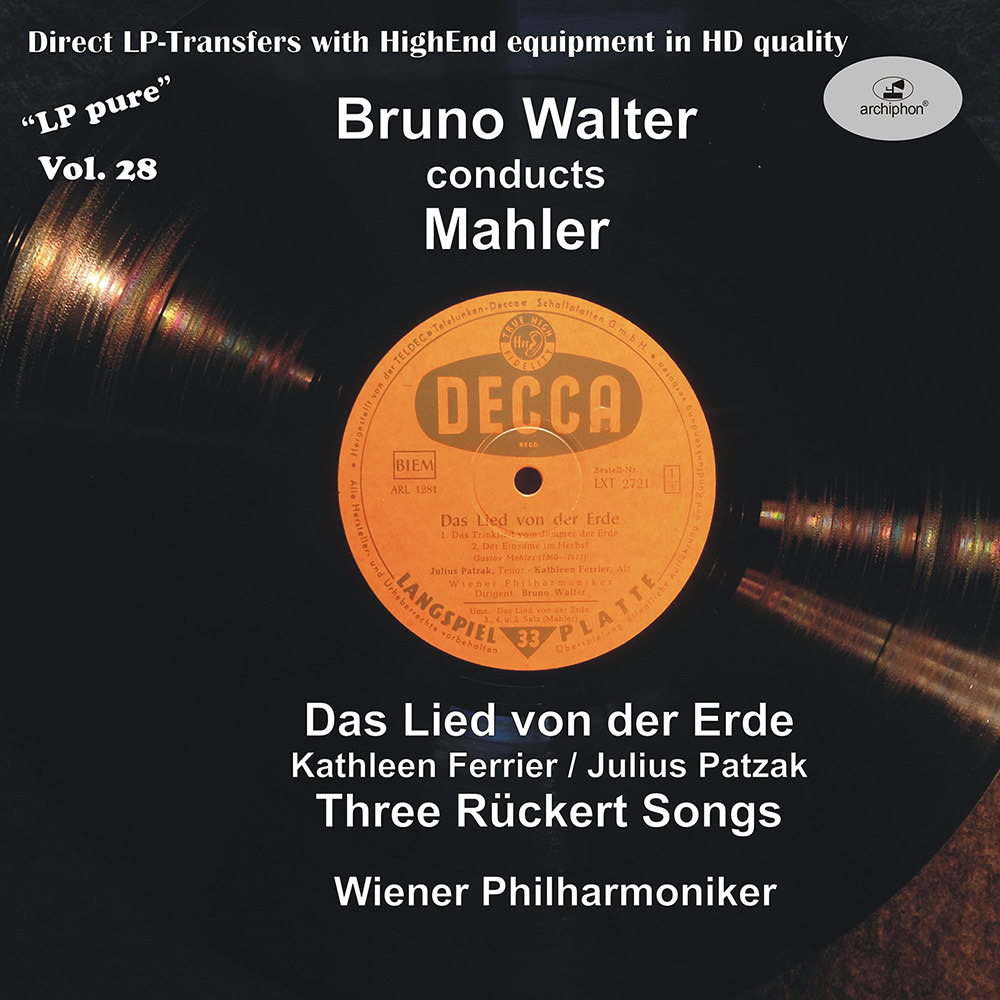 Available in 96 kHz / 24-bit AIFF, FLAC high resolution audio formats
Recorded in Vienna in May 1952 for Decca, noted Mahlerian conductor Bruno Walter leads the Wiener Philharmoniker on this famous album which includes Das Lied von der Erde along with three Rückert Lieder. Joining the orchestra on these historic interpretations, transferred directly from the source LP, are tenor Julius Patzak and contralto Kathleen Ferrier. Walter, who worked with Mahler and was at the composer's bedside at his death, was invited by Mahler's widow to conduct the premiere of Das Lied von der Erde in Munich In 1911.
96 kHz / 24-bit PCM – Archiphon Studio Masters

This album is a high-resolution digital transfer of material originating from an analogue recording. It may be limited in bandwidth and dynamic range by the technology available at the time of its original creation, and is offered as a documentation of a historical release