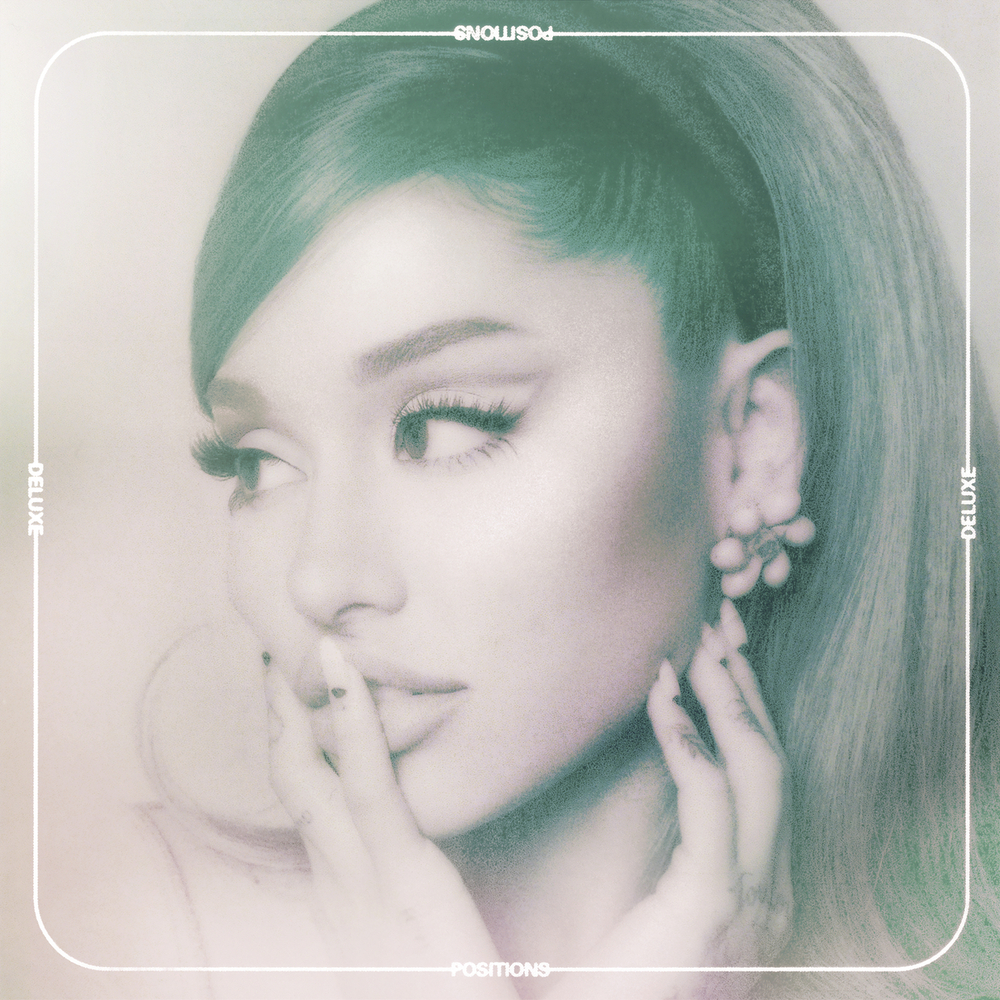 "From the beginning, Positions exudes confidence ... Ari instead lets us all know that this is her show, and we were just lucky to snag tickets. (She’s not wrong.) This energy doesn’t let up throughout the 13 subsequent tracks, and it’s a bit thrilling to hear a young woman this braggadocious, this sure of herself. Throughout the story she weaves together, this Ariana is a protagonist who knows that she’s the strongest in the room and will never make herself smaller for the sake of making others comfortable."
- Consequence of Sound

Positions is the sixth studio album by American singer Ariana Grande. The album's 14 tracks offer a steamy midtempo R&B and trap-pop opus, with features from Doja Cat, the Weeknd and Ty Dolla Sign.

For the album, Grande worked with a variety of producers on the album, including Tommy Brown, Anthony M. Jones, London on da Track, Murda Beatz, the Rascals, Scott Storch, Shea Taylor and Charles Anderson, accompanied by longtime co-writers Victoria Monét and Tayla Parx.