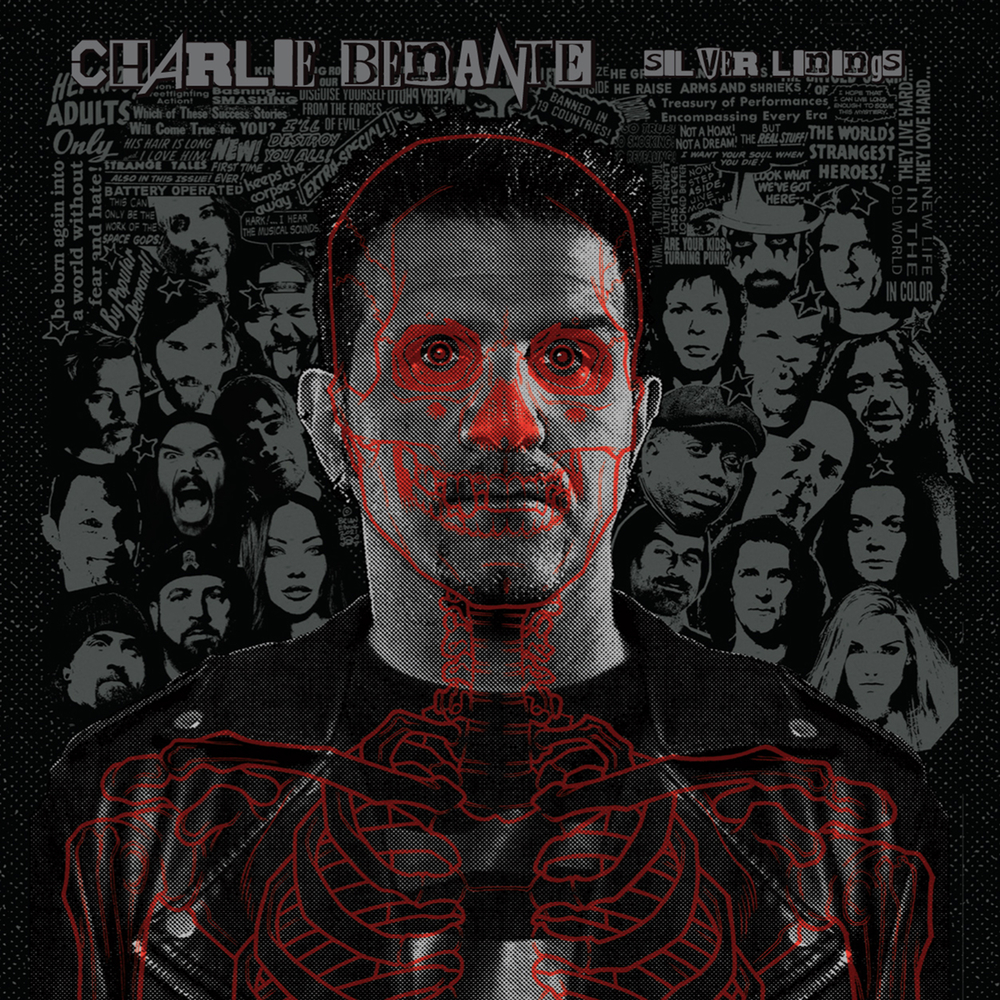 Available in 44.1 kHz / 24-bit AIFF, FLAC audio formats
With a little help from his friends, Anthrax's Charlie Benante releases Silver Linings. Featuring an all-star cast of "who's who" in the thrash, metal, and rock worlds, Silver Linings is 14 tracks culled from Benante's acclaimed 'quarantine jam video series. Benante collaborated on jams with fellow Anthrax bandmates Frank Bello, Scott Ian and Jon Donais, his girlfriend Carla Harvey (Butcher Babies), Corey Taylor (Slipknot), Ra Diaz (Suicidal Tendencies), Mark Osegueda (Death Angel), John 5 (Rob Zombie), and Alex Skolnick (Testament), among many more. Some of Charlie's favorite songs by Rush, Tom Petty, The Beastie Boys, Stormtroopers of Death, Kings X, Run DMC, Massive Attack, U2, Fugazi, The Chemical Brothers and Billie Eilish were covered. For the album's cover art, Charlie recruited his friend, artist Brian Ewing, whose art he's always loved. "I think he did a great job," said Charlie, "and the package's artwork ties in my fascination with horror." "This isn't a solo album," Charlie added, "this is a record of my favorite songs done with some of my friends during a time that was very dark. We found a shining light and this is the result of that light. I was really happy that my musician friends came on board and helped make this record what it is. I appreciate all of them, and they all did such a fantastic job. Despite all of the darkness we've experienced this past year, there are 'silver linings,' that's why I chose that title for the album." Benante has earmarked a portion of the Silver Linings proceeds for the Neal Casal Music Foundation, an organization that provides musical instruments and lessons to students and makes donations to much-needed mental health organizations that support musicians in need.
44.1 kHz / 24-bit PCM – MRI Studio Masters

Tracks 7, 9, 10, 12 – contains material which has been processed by a perceptual audio coding algorithm