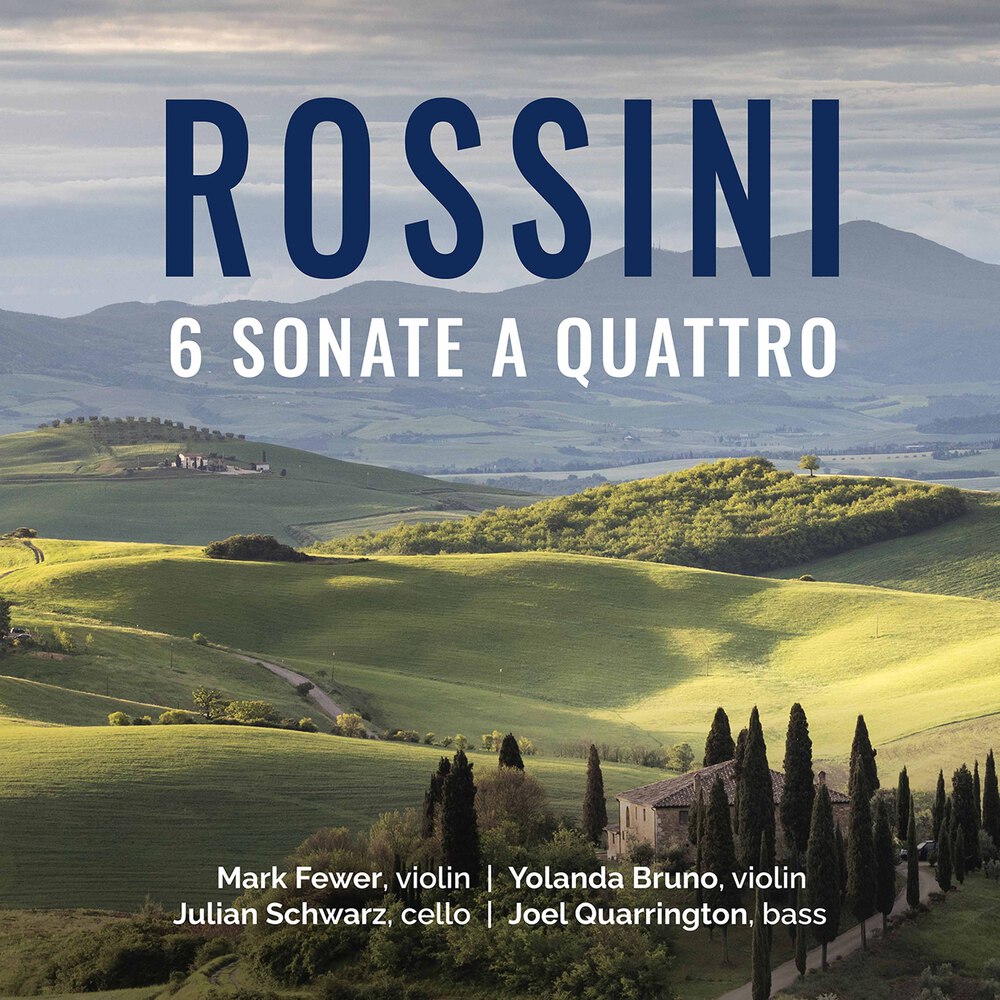 Available in 96 kHz / 24-bit AIFF, FLAC high resolution audio formats
"Sonate a Quattro" are the brilliant compositions from Italian composer Gioachino Rossini, written during the summer of 1804 at the young age of 12. These works, at the time, were commonly performed by wind quartet and it wasn’t until 1954 when the original manuscripts were discovered in the Library of Congress in Washington, D.C. showing their original arrangement for string quartet. The world premiere recording of Rossini: 6 Sonate a Quattro features two of Canada’s most respected and beloved performers - Mark Fewer (violin), and Joel Quarrington (bass) - and two of North America’s rising stars - Yolanda Bruno (violin), and Julian Schwarz (cello) and produced by JUNO award-winning producer John D.S. Adams. These performances, from November 2017, were recorded in collaboration with the Lunenburg Academy of Music Performance using the newly released (2014) Critical Edition published by the Fondazione Rossini Pesaro.
96 kHz / 24-bit PCM – Leaf Music Studio Masters