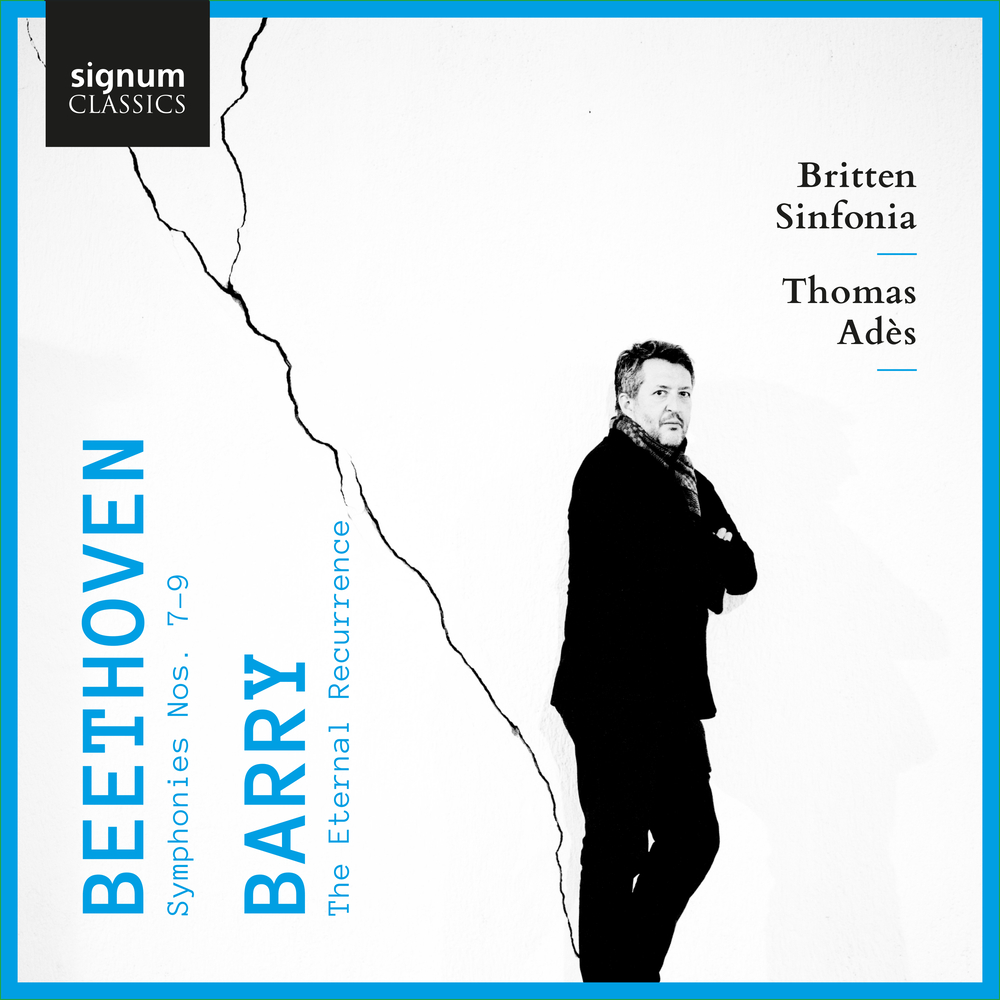 Available in 192 kHz / 24-bit, 96 kHz / 24-bit AIFF, FLAC high resolution audio formats
The third volume of celebrated pianist, composer and conductor Thomas Adès and the Britten Sinfonia’s collaborative performances of the works of Beethoven and Gerald Barry. Beethoven’s 7th, 8th and 9th symphonies are interspersed with Barry’s ‘The Eternal Recurrence' (featuring Jennifer France). The pairing is ideal, for Gerald Barry’s compositional style was greatly influenced by Beethoven. Beethoven intended to stake his claim to be the rightful successor to the Viennese classical tradition with the first of his symphonies, premiered in 1800. He had already began to lose his hearing by this point, and when he composed his second symphony, he placed on the page his spirit of defiance and determination against his deafness. The third marks a significant turning point in his style, as well as in the framwork of how a symphony was expected to be composed. Gerald Barry grew up in rural Ireland. His music shows us how his upbringing had an effect on his compositional style – giving a piece a title such as Beethoven would suggest an attempt at emulating his legacy nearly two centuries after his death. Do not be fooled by this however; his music shows his major influence from radio, moving from the sublime and the ridiculous with carefree abandon.
192 kHz / 24-bit, 96 kHz / 24-bit PCM – Signum Records Studio Masters