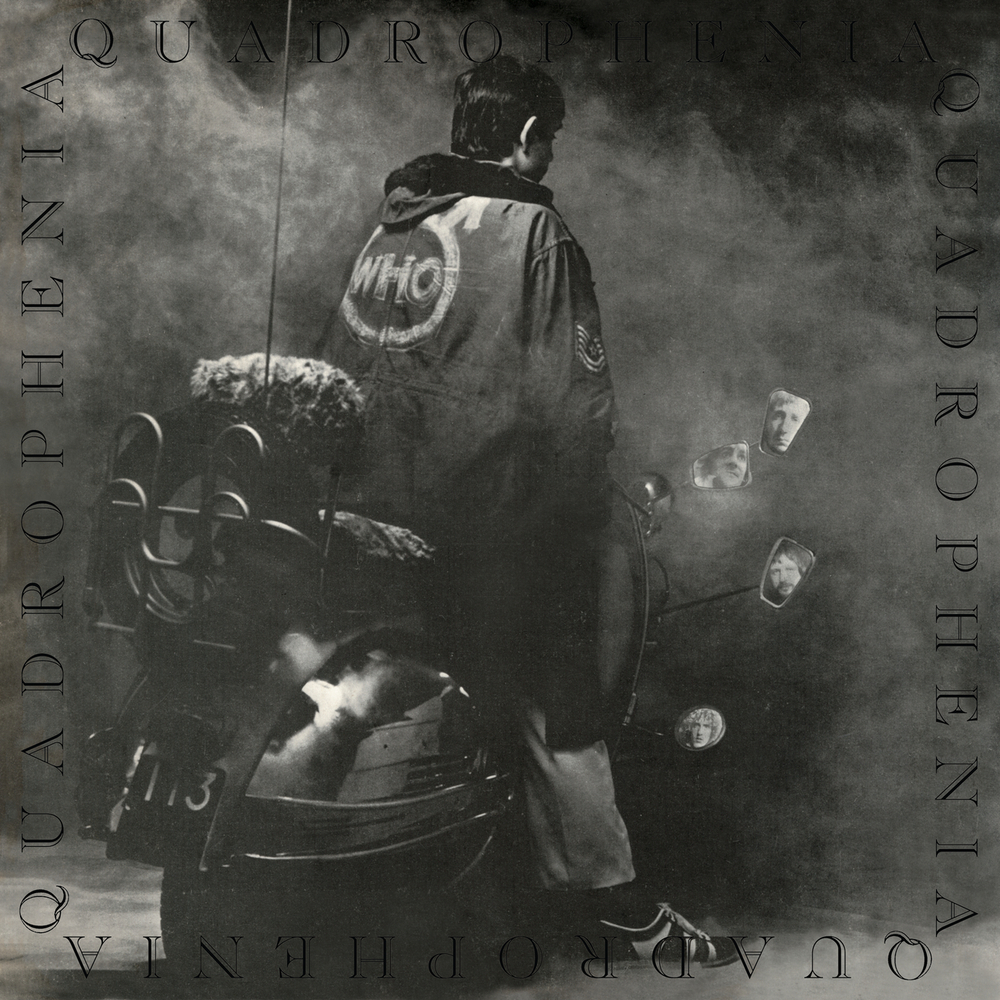 Available in 96 kHz / 24-bit AIFF, FLAC high resolution audio formats
Quadrophenia was the sixth studio album by the English rock band the Who, released as a double album on 26 October 1973 by Track Records. It is the group's second rock opera. Set in London and Brighton in 1965, the story follows a young mod named Jimmy and his search for self-worth and importance. Quadrophenia is the only Who album entirely composed by Pete Townshend. The group started work on the album in 1972, trying to follow up Tommy and Who's Next, both of which had achieved substantial critical and commercial success. Recording was delayed while bassist John Entwistle and singer Roger Daltrey recorded solo albums and drummer Keith Moon worked on films. Because a new studio was not finished in time, the group had to use Ronnie Lane's Mobile Studio. The album makes significant use of Townshend's multi-track synthesizers and sound effects, as well as Entwistle's layered horn parts, in addition to the group's typical playing styles, especially from Moon. Relationships between the group and manager Kit Lambert broke down irretrievably during recording and Lambert had left the band's service by the time the album was released. The album made a positive impact on the mod revival movement of the late 1970s, and the resulting film adaptation, released in 1979, was successful.
96 kHz / 24-bit PCM – UMC (Universal Music Catalogue) Studio Masters