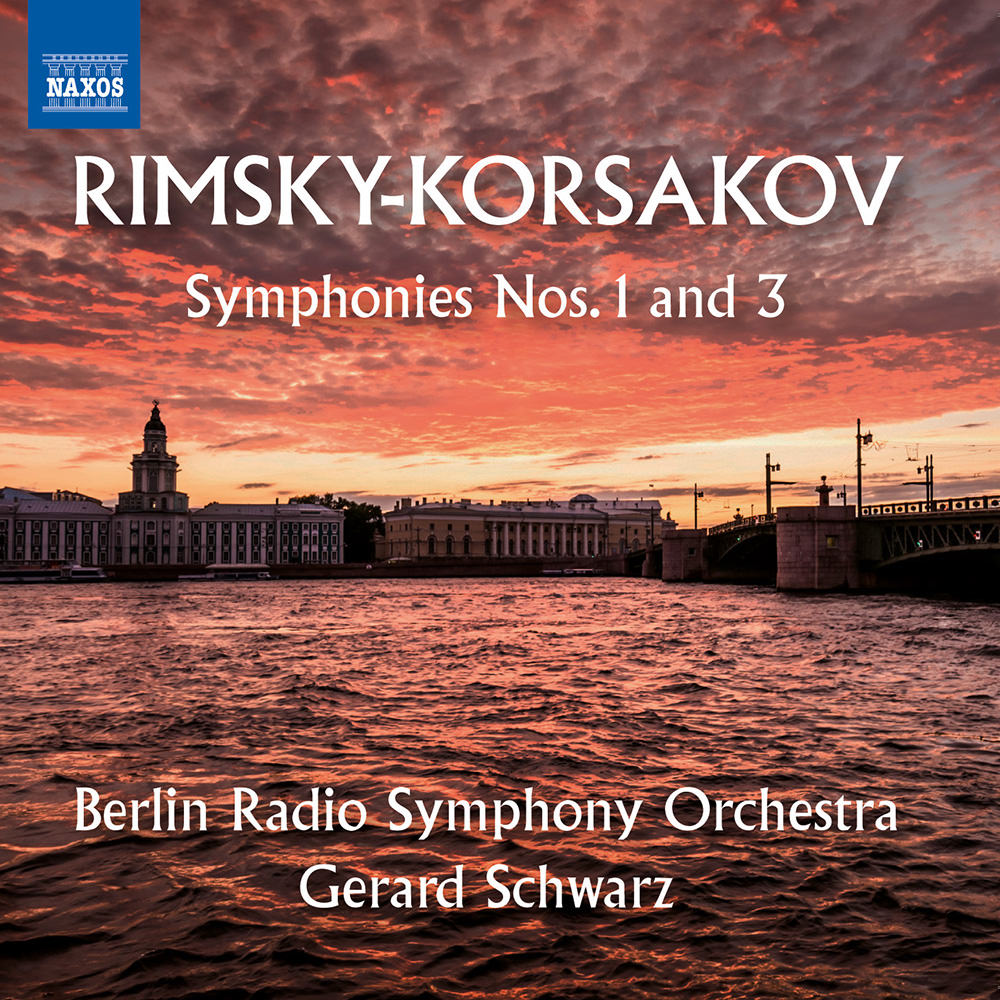 "There’s much to admire in these performances ... more fine Rimsky from Gerard Schwarz ..."
- MusicWeb International

"Gerard Schwarz and his fine German orchestra make a compelling case for these symphonies ..."
- Classic FM

Gerard Schwarz earned great critical praise for leading this presentation of two Rimsky-Korsakov symphonies, performed by the Berlin Radio Symphony Orchestra. Begun when he was a 17-year-old naval cadet, Rimsky-Korsakov’s Symphony No. 1 was hailed as the first truly Russian symphony, in contrast with the German-influenced music of Anton Rubinstein. With its use of Russian folk songs, this is a work of remarkable natural talent. Symphony No. 3, cast in a thoroughly Russian musical language, is notable not only for its significantly enhanced technical competence but for its great rhythmic vitality and subtle orchestration.
48 kHz / 24-bit PCM – Naxos Studio Masters