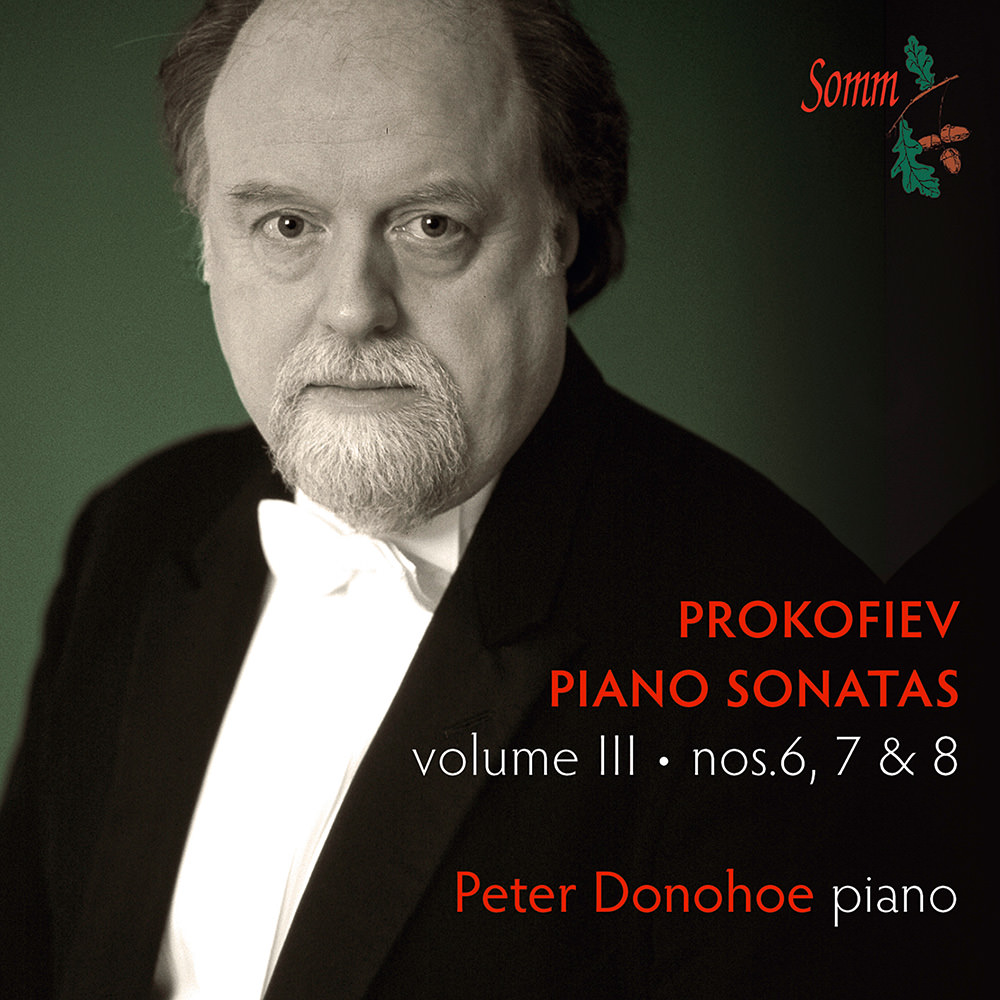 Available in 44.1 kHz / 24-bit AIFF, FLAC audio formats
"One feels a profundity of thought behind these interpretations: a lifetime’s pondering, indeed ... they fly from the page all the more freely for that." - The Sunday Times British pianist Peter Donohoe concludes his highly-praised cycle of Prokofiev's complete piano sonatas with this third volume, containing pieces written consecutively during World War II, reflecting on and reacting to the horrors of the titanic struggle against Hitler. History inspired Prokofiev to compose some of his greatest music, expressed through his own instrument, the piano, producing the central work of the trilogy, the Sonata No. 7, his most famous and brilliant piano composition. The beautiful Sixth Sonata is more personal and inward-looking, contemplative and moving, while the Symphony No. 8 anticipates a post-war world in which all conflict on Russian soil will have ceased. "Prokofiev was creating these major works throughout his career: all of them are major and some are still underrated ... I am delighted to have had the chance of recording ... the complete cycle at last." - Peter Donohoe
44.1 kHz / 24-bit PCM – SOMM Recordings Studio Masters