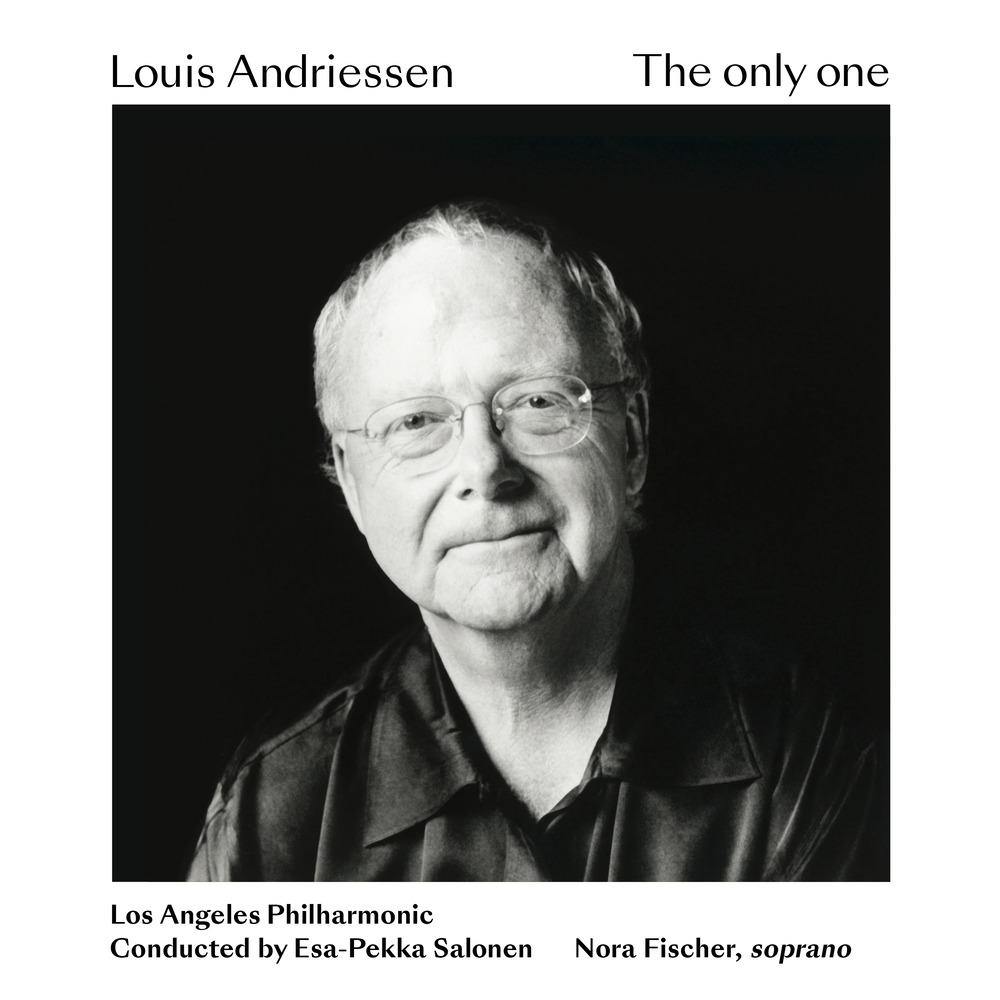 Louis Andriessen: The only one

Available in MQA and 96 kHz / 24-bit AIFF, FLAC high resolution audio formats
“Andriessen used bits of old music, an allusion to the Dies Irae motif and some Minimalism, a jazz riff here and a Mexican brass allusion there, as he often has. But he always remakes it into a complex and powerfully blatant new thing, and here edge-of-your-seat operatically so.” - Los Angeles Times Louis Andriessen’s The only one is released via Nonesuch Records. This world premiere performance by the Los Angeles Philharmonic was commissioned by the LA Phil with generous support from the MaddocksBrown Fund for New Music as part of its centennial celebrations. Recorded live in May 2019 at Walt Disney Concert Hall and conducted by LA Phil Conductor Laureate Esa-Pekka Salonen with solo vocalist Nora Fischer. Two artistic discoveries influenced Andriessen as he wrote "The only one". The first was a collection of poems by the Flemish poet Delphine Lecompte from The animals in me. “These witty, intelligent, experimental, and sometimes scabrous poems immediately fascinated me. My focus turned to faraway America, with its great tradition of songwriting,” he says. His second discovery was the work of Nora Fischer, an Amsterdam–based singer known for developing dynamic creative projects that fuse classical and pop music. Andriessen says, “The depth of her versatility has strongly influenced the musical language of the piece.” He further explains that “the piece flirts a bit with certain kinds of pop songs and light music, and starts out with a beautiful song.”
96 kHz / 24-bit PCM – Nonesuch Studio Masters