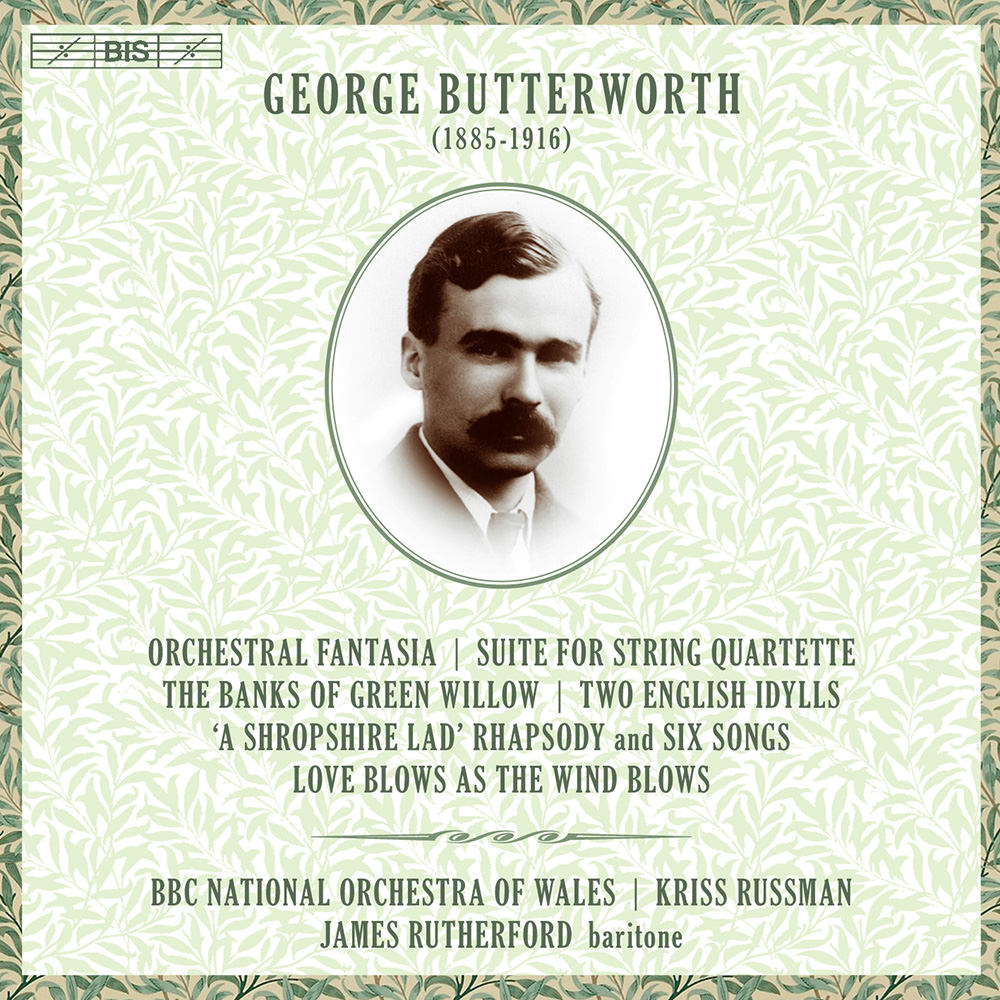 "... I had high hopes for the new release and I was not disappointed in terms of the performances ... I liked these arrangements of the Shropshire Lad songs ... luxuriant recording ... considerable enjoyment of all this beautiful music in very fine performances and recording."
- MusicWeb International

English composer George Butterworth was not prolific; in fact, during World War I he destroyed many of his works for fear he wouldn’t return from battle and wouldn’t be able to revise him. He is best known for his orchestral setting A Shropshire Lad., included here alongside A Shropshire Lad Rhapsody, the ‘orchestral epilogue’ to the original settings of A. E. Housman’s poems. Especially notable on this release is Orchestral Fantasia, which Butterworth started before the war broke out, with only a short section of less than four minutes surviving. Conductor Kriss Russman has picked up where Butterworth left off, adding five minutes of music where he develops Butterworth’s ideas with original material. Baritone James Rutherford is featured on several of these pieces.
96 kHz / 24-bit PCM – BIS Studio Masters