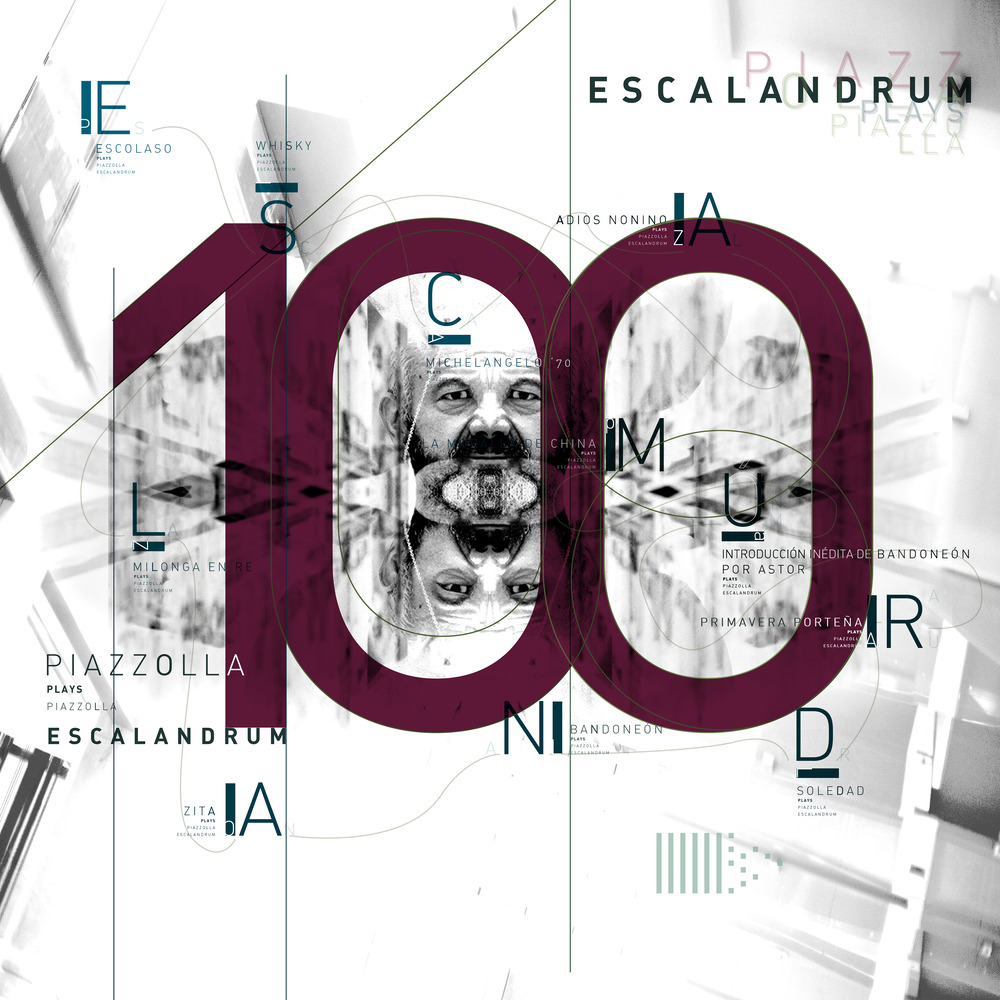 Available in MQA and 44.1 kHz / 24-bit AIFF, FLAC audio formats
Escalandrum is a jazz band led by percussionist Daniel “Pipi” Piazzolla, the grandson of Astor Piazzolla, who was one of Argentina’s best known composers. But while Piazzolla’s tango legacy can be felt in some of their music, the band has defined their own mature jazz sound. On their new release, 100, in honour of the centennial of his birth, Escalandrum presents ten of Astor Piazzolla's compositions that helped to define the modern music of Buenos Aires. The album was recorded in two of the most important studios in the world: Abbey Road in London and Estudios ION in Buenos Aires. A moving novelty is also featured here: an unpublished recording of solo bandoneon by Astor Piazzolla made in the middle of the 70s at ION and on loan from Osvaldo Acedo, which became the introduction to the Troileana Suite that completes this historic album. 100 is also notable for containing each of the Piazzolla works that have never been recorded by this group.
44.1 kHz / 24-bit PCM – WM Argentina Studio Masters