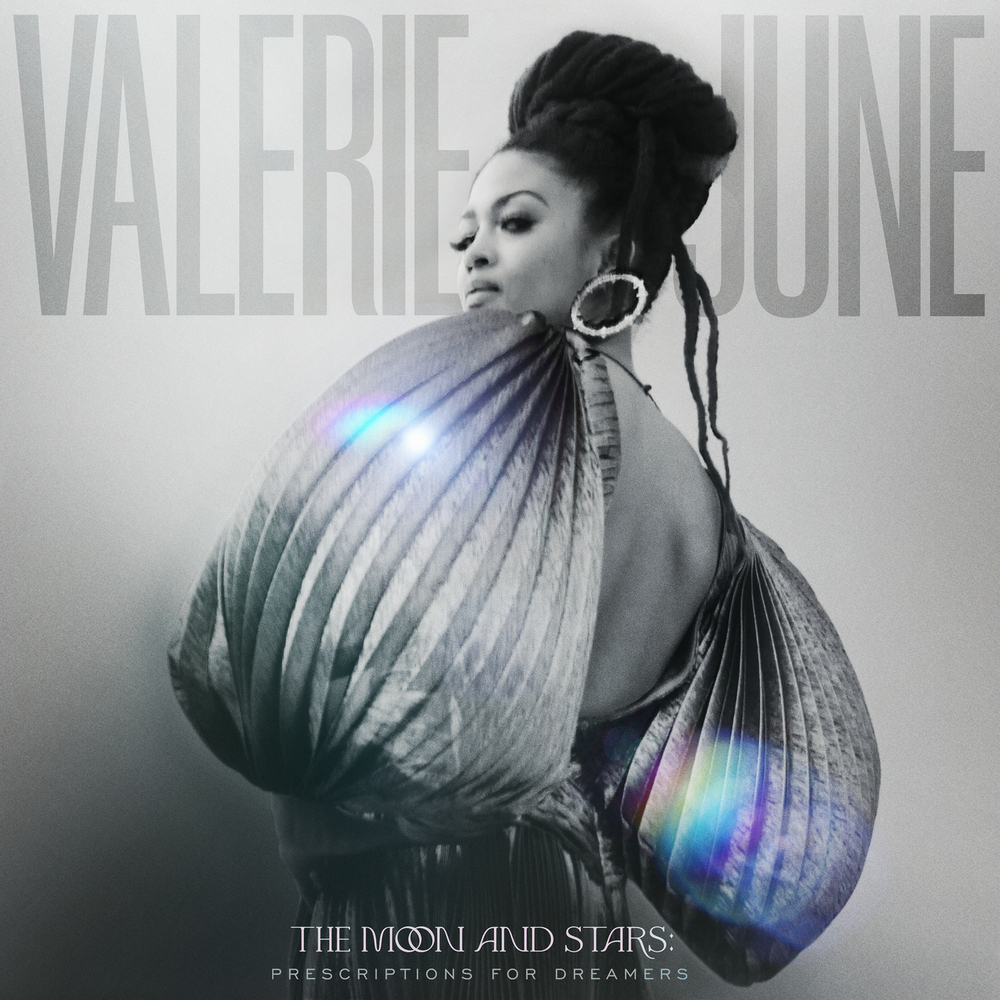 The Moon And Stars: Prescriptions For Dreamers

Available in 44.1 kHz / 24-bit AIFF, FLAC audio formats
"... June has never sounded more fully and thrillingly herself than she does on her latest album, The Moon and Stars: Prescriptions for Dreamers, which merges pop ambition, folksy open-heartedness and blues wisdom. On this 14 track song-cycle, June steps into her own as co-producer (alongside Jack Splash), adding modern drum programming, classic orchestration, and Afrobeat flourishes to her foundation of country-folk, R&B, and roots-rock. Her voice has never sounded more nimble than it does here: fragile one moment (“Fallin),” athletic the next (“Stay”)." - Rolling Stone The latest full-length from Valerie June, The Moon and Stars: Prescriptions for Dreamers emerged from a long-awaited revelation on the part of the Tennessee-bred singer/songwriter. “With this record, it finally became clear why I have this dream of making music,” June says of her third album for Fantasy Records. “It’s not for earthly reasons of wanting to be awarded or to win anybody’s love—it’s because dreaming keeps me inquisitive and keeps me on that path of learning what I have to share with the world. I think when we allow ourselves to dream like we did when we were kids, it ignites the light that we all have within us and helps us to have a sort of magic about the way we live.” Produced by June and Jack Splash (Kendrick Lamar, Alicia Keys, John Legend), The Moon and Stars: Prescriptions for Dreamers achieves that transcendent effect thanks in no small part to the splendor of its sound, an exquisitely composed tapestry of folk, soul, gospel, country, blues, psychedelia, and time-bending symphonic pop. In bringing the album to life, June and Splash stayed true to the spirit of wide-eyed exploration by working with an eclectic lineup of esteemed musicians, absorbing themselves in a prolonged period of free-flowing experimentation and playing with a magnificently vast palette of instruments (flute and banjo, mbira and Mellotron, saxophone and synth, to name just a few). The result is a selection of songs both ornate and elegant, each moment crafted with a profound awareness of what’s most essential in creating enduring beauty.
44.1 kHz / 24-bit PCM – Fantasy Studio Masters