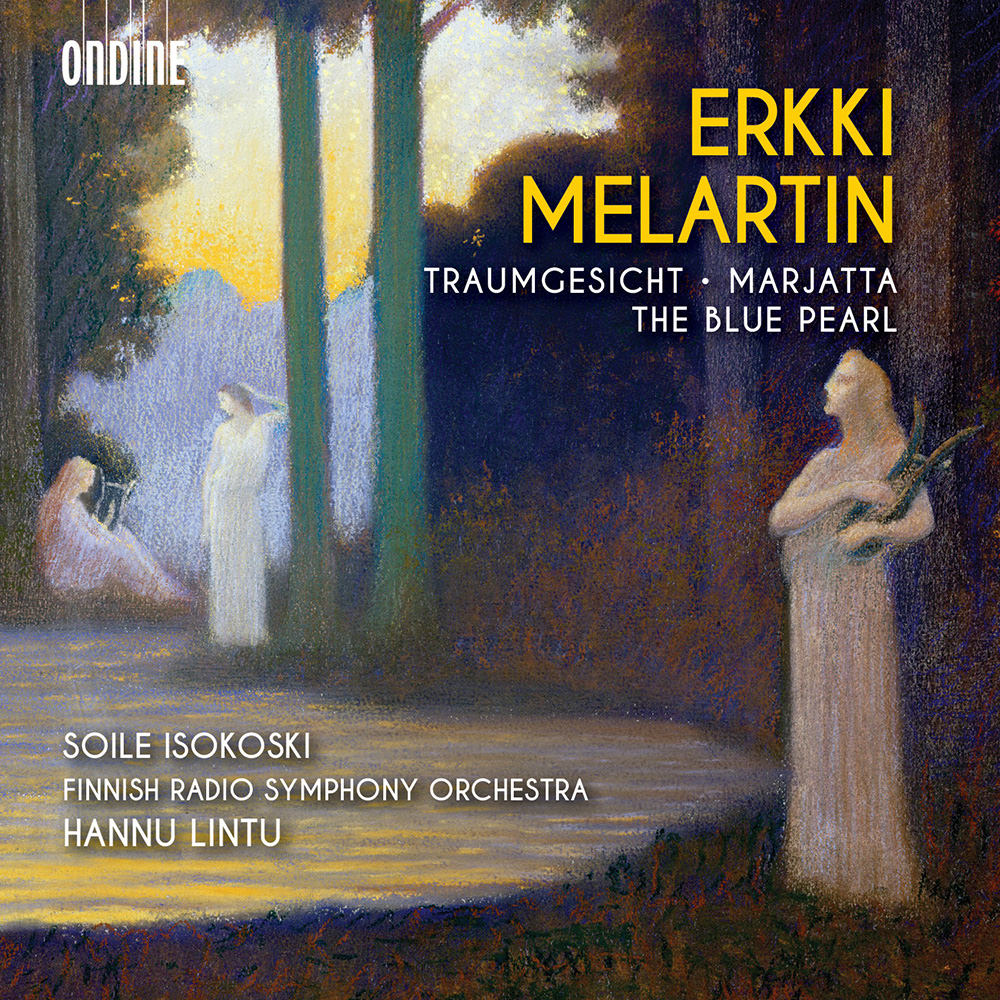 Available in 48 kHz / 24-bit AIFF, FLAC audio formats
"... (Isokoski's) is a true opera house voice, a glorious, full-bodied, sparkling soprano with the power to ride over the orchestra pit. Yet Isokoski's projection comes from vibrancy rather than sheer heft." - The Guardian The Finnish Radio Symphony Orchestra and conductor Hannu Lintu feature world premiere recordings of three orchestral works by Erkki Melartin, one of the most influential Finnish composers and symphonists of the early 20th century. The centrepiece here is the large-scale impressionistic symphonic poem Traumgesicht, considered by Melartin himself as one of his most important compositions. It remained unperformed for 81 years until Lintu brought it back to light by conducting it in Helsinki in 2013. Acclaimed soprano Soile Isokoski sings the solo part of Marjatta, based on the Finnish national epic. On the album's closing piece, from the ballet The Blue Pearl, Lintu has adapted the music of the ballet into an eight-movement concert suite.
48 kHz / 24-bit PCM – Ondine Studio Masters