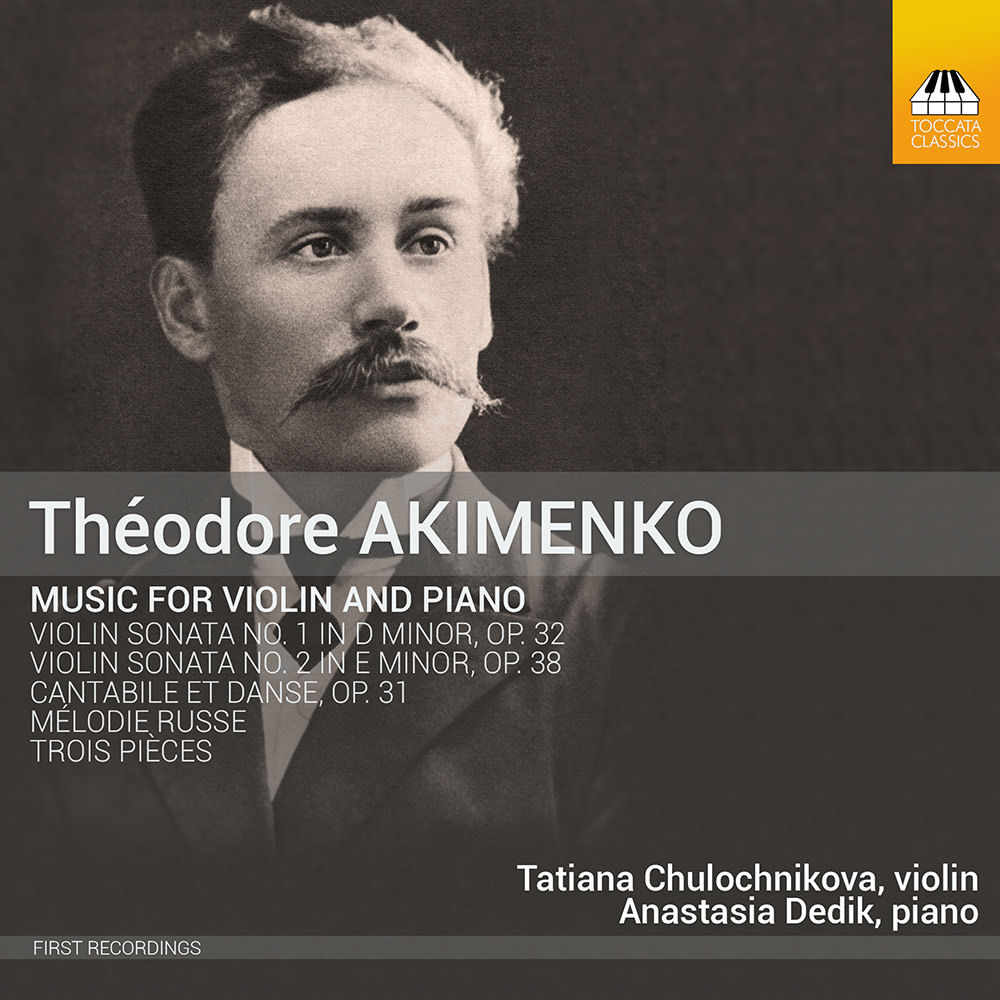 Violinist Tatiana Chulochnikova and pianist Anastasia Dedik shine the spotllight on Ukrainian composer Fyodor Akimenko, also known as Fedir Yakymenko, who was Stravinsky’s first teacher. Akimenko’s music has much in common with that of Glazunov and Grechaninov and, like them, in 1923 he chose exile over a prominent teaching career in St Petersburg. Finally settling in France in 1929, he changed his named to Théodore and continued his generous output of the lyrical, Romantic music featured on this recording.
44.1 kHz / 24-bit PCM – Toccata Classics Studio Masters